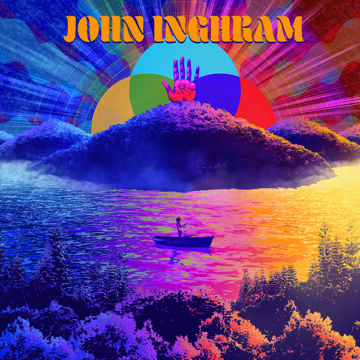 John Inghram built a name for himself as a musician’s musician, particularly among artist that try to get the gist of the music that has anything to do with roots, folk, country, Americana, however you want to name that genre or genres.

Inghram is certainly versatile on a number of instruments, but it is his bass playing that earned him most accolades.

On his self-titled debut album, Inghram goes on to show that along being a great multi-instrumentalist, he can both come up with some impeccable song writing and that his vocals are no slouch either.

As can be expected, all sounds Americana are his forte, but that can include practically everything, from the folk of the opener “Back in the Goodle Days” to country rick of “Here to Stay” bluegrass-tinged rock of ‘Little Mountain Mama’ to soulful ballad of “Palisades”.

Backed by a crew that certainly raises to his instrumental standards, Inghram has come up with a carefully polished and refined all-Americana album.

Formerly a lot of things, including a journalist and a translator, currently a freelance writer living in The Netherlands.
RELATED ARTICLES
album reviewalbum reviewscd baby
8.0