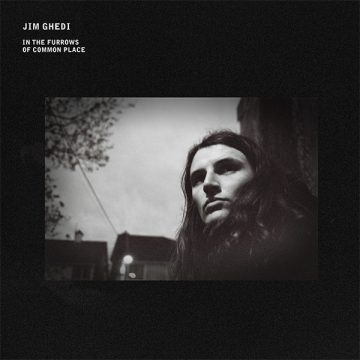 Sheffield, UK’s Jim Ghedi returns with his third album, On In The Furrows Of Common Place. Here, he taps into celtic and folk music, with a small tinge of rock and blues.

The album was recorded in Scotland, but the vibe is more Irish than it is Scottish. Listen to the traditional Irish violin in opening track, “Common Thread”, as it weaves in and out.  Credited to dbh, the violin sets the stage for what is to come, as do Ghedi’s vocals. Vocally, he  channels Mike Scott of The Waterboys to an extent, but still carves out his own sound. It leads perfectly into the moving track, “Lamentations Of Round Oak Waters”, with the lyrics written by 19th century British poet, John Clare. Ghedi has composed the perfect music ccompaniment..

Ghedi, who wrote the majority of the tracks, is not afraid to cover traditional tunes such as “Son David”, a rather grim tale dating back to the 18th century. In Ghedi’s hands, one is in the shoes of the grieving mother and the he brings out the absolute sorrow of the song. The same can be said for his cover of Ed Pickford’s “Ah Cud Hew”, a song about mining, which he sings a capella, highlighting the strife and poor living conditions.

In The Furrows Of Common Place is a folk album, steeped in tradition, however when Ghedi records a folk album, it is his own original take on the genre. Mixing folk music from the UK with that of Ireland produces an album that stands out.