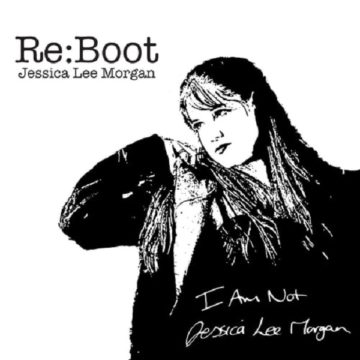 Re:Boot is Jessica Lee Morgan’s third solo studio release. It is her first album since 2017’s brilliant Around The Block. Re:Boot is a stunning and brave release. It is a reworking and reimagined version of her debut album, I Am Not released in 2010. A lot has happened for Morgan in the last eight years. Professionally, she has participated in her father’s project Holy Holy, for which she not only played in the band but opened the shows with a solo set. She also participated in the Decades album by David Palfreyman and Nicholas Pegg, participated in a 36-hour performance of Dylan Thomas’ works in Wales and worked on albums and singles with her mother, Mary Hopkin and her brother, Morgan Visconti.

All that to say that Morgan grew up and developed as an artist over the last eight years. Listen to how she plays this material and how differently she approaches the songs. That is not to say that I Am Not does not stand up today, quite the opposite, but Re:Boot does demonstrate how an artist can reinterpret her own songs. It becomes a rethink of the original album. Listening to the new arrangements, one also realizes how deep her songwriting goes. She writes incredible songs that are both personal and universal at the same time.

She also has a fantastic range in her styles. There is cynical anger in “I Wanna Be Famous”, which taps into Nick Cave territory in her phrasing and with the stark production. This is a brilliant song. Then later she writes and performs the gentle “Leave The Light On”. An emotional and moving song that haunts you long after the album is finished. It is nice to hear her duet with her mother, Mary Hopkin, on the last track on the album, “Here It Comes Again”. A lovely simple song with the two voices blending beautifully. It is the perfect and only way the album could have ended.

Morgan writes the songs, plays beautiful guitar, and is the star of the album, however a great deal of credit must go to her co-producer, Christian Thomas, who also engineered and mixed the album. He also played bass, percussion and backing vocals. He allows space in the songs and does not feel the need to over produce these beautiful songs. They have also created an entirely new album from older material.

Morgan has come a long way. She has the confidence and sound of a veteran, so it is hard to believe that she has only recorded three albums. I have seen her in concert, and this album reminded me a great deal of her live performance. Stripped down sound and pure honesty. I wish she would release a live album, but until she does, Re:Boot will fill in the gap. Re:Boot is a remarkable achievement.

Born and raised in Whitby, Aaron discovered music through his love of The Beatles. This led to a career in radio, writing for various publications, and ultimately a radio show about The Beatles (Beatles Universe), which ran for over four years. When not immersed in music, Aaron enjoys spending time with the loves of his life -- his wife Andrea, and daughters Emily and Linda (all of whom have an intense love of music too).
RELATED ARTICLES
album reviewalbum reviewsjessica lee morgan
8.0