SPILL ALBUM REVIEW: GUIDED BY VOICES – STYLES WE PAID FOR 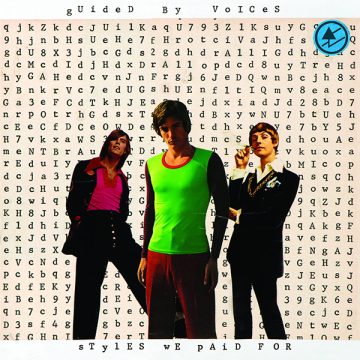 Guided By Voices
Styles We Paid For
Rockathon Records

The new Guided By Voices album wasn’t supposed to be like this. At the beginning of the year, band mastermind Robert Pollard was plotting an album recorded entirely with analog equipment, titled Before Computers. It was a fitting move for a veteran band who first made their name on power pop hidden in tape hiss. Then the isolation hit, and Guided By Voices, like so many of us, were forced to work from home.

Instead of the original back-to-basics approach, Styles We Paid For was recorded separately, the members separated from each other as they all live in different states, recording their parts alone and then working with their producer to piece them together. It shows. To compensate for the lack of interplay, the band leaned heavily on production. Guitars are spit-shine polished in a way that adds crunch but takes out all of the typical warmth. The rhythm section also gets an extra oomph that doesn’t fit the songs. Rather than making the band sound dark and aggressive, which seems to have been the goal, the production choices add a strangely inorganic effect.

Of course, none of this would have mattered if Pollard was up to his usual level of melodic brilliance, but unfortunately the earworms are only scattered. While nothing is bad, only a few songs truly stick out. With very little instrumental variation and few changes in tempo songs quickly start to blend into each other.

Like every Guided By Voices album, Styles We Paid For still has some moments that are absolutely perfect. The best songs here happen when Pollard embraces his inner prog rock weirdo, adding unexpected instrumental flourishes and abrupt tempo changes that break up the onslaught of repetitive songs. Highlight “Endless Seafood” weds jangle pop strumming to one of the bands most driving melodies, before slipping into a dreamy second half with a string section and Pollard crooning like he’s Bowie. The whole thing is both epic and, in typical Guided By Voices fashion, still clocks in at under three minutes. “War of The Devils” meanwhile, picks up speed without warning with just seconds left on its run time, before imploding into noise. A few more risks would have done wonders for the project.

Robert Pollard will never sound like anyone but Robert Pollard. For many, that will be reason enough to tune in to each new GBV album, of which there are always more. Styles We Paid For is the band’s third release of 2020, and the ninth in the last three years. You’ve got to respect the band for keeping their streak alive during a year where no one would fault them for laying low. While Guided By Voices are too consistent for Styles We Paid For to qualify as an actual misfire, it’ll probably be forgotten when the band inevitably releases its next deluge of new music.

SPILL ALBUM REVIEW: GUIDED BY VOICES – STYLES WE PAID FOR

Spill Magazine strives to keep our readers up to date with news and events in the music industry. We keep you informed of the most recent information regarding new releases, tour dates, and information items about your favourite artists.
RELATED ARTICLES
album reviewalbum reviewsdoug gillard
8.0