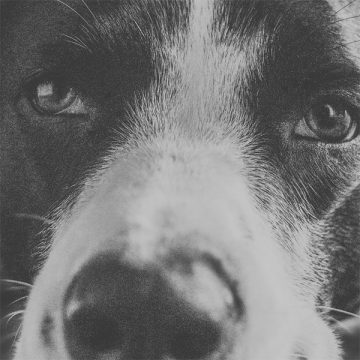 Do yourself a favour and take a minute to check out this new alt-rock album.

Girlongirl’s full-length debut, TAKE, is a cohesive weave of many audible influences, culminating in one polished and hard-hitting release.

The title song and lead single makes reference to stealing from their influencers; the taking of chord progressions, vocal styles, harmonies and more. You can hear The Weakerthans, Metric, and other indie rock acts. Indeed, the lyrics to this opening song begin with: “I wrote a song/The more I sang/It just sounds like Wolf Parade.” I have to agree with what singer/guitarist Lauren Heenan expresses here. Beyond the timbre and delicious grit of Heenan’s vocals, it’s not always clear what separates girlongirl from these comparisons. As I critique it, I find the music doesn’t always extend beyond the sum of its parts, but as I listen casually, damn do they rock the hell out of it.

Girlongirl is one of those bands whose live energy translates to their recordings, as you can hear their thundering power on virtually every song. Heenan’s partner in and out of the band, Katie Rawn, propels their songs with reliable power and precision on the drums, as Heenan’s brother Brandon delivers driving basslines that tie everything together. Over this solid rhythm section, Heenan has the ability to explore beyond her overdriven chord progressions into rocking riffs without losing any energy. No doubt, this tight-knit group’s roaring performance is why they won Toronto’s Best Indie Band at the Toronto Independent Music Awards.

One of the most satisfying things about listening to girlongirl is Heenan’s ability to transition from clear to dirty vocals in a way that is both sudden and seamless. “Burn Me” hit all the marks in this respect. At times, it’s as if someone turned up the gain on Emily Haines’ mic on a Metric song and on back down. The high-energy song is a noteworthy track and for good reason. Their second single, “Wait and See,” pushes this even further. It is easily the standout track on the album, with dynamic ups and downs, a ripping guitar riff and the grittiest growls from Heenan.

The album release date is March 13. Until then, I will have the happy problem of trying to expel these songs from looping in my head. If you ask me, these earworms are destined for radio.

RJ Vandrish (alias Rory Jade Grey) is a writer, artist and musician, having first written for Spill Magazine in 2010. They have also published articles for Daily Xtra and Shameless Magazine, and have written/staged two plays, Electric Sheep and Chimera. RJ’s most recently performed as a solo musical act and with the band I. M. Brown & The Transcendents.
RELATED ARTICLES
album reviewalbum reviews
8.0