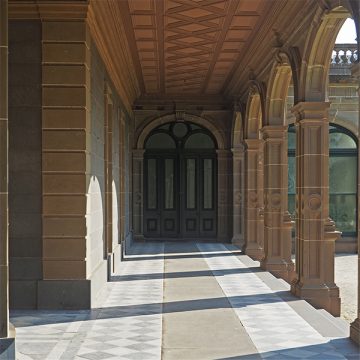 Ducks Ltd., or Toronto duo Tom McGreevy and Evan Lewis, seem to be connecting dots across the globe with their latest album Modern Fiction, from Toronto, to Bristol, and from England to Dunedin, New Zealand, and then back. Their perky, jangly guitar pop has all the qualities that connect them with the best of Bristol’s Sarah records, and best ’80s Dunedin bands like The Chills, or even more so, The Clean.

Even the title of the album is quite fitting as it is both fiction and quite modern, as Ducks Ltd. give that characteristic sound, or actually sounds a bit of a modern touch, while at the same time giving it a modern context for the current times.

At the same time, song like “18 Cigarettes,” “Under the Rolling Moon” or “Fit to Burst” can appeal both to the generations that might be unfamiliar with both Sarah or New Zealand’s Flying Nun records, as well as those with already graying hairs that have grown to love those sounds.

Along the way, McGreevy and Lewis seem to have both the songwriting, singing, and instrumental touch to make such a sound really work. Excellent stuff.

Formerly a lot of things, including a journalist and a translator, currently a freelance writer living in The Netherlands.
RELATED ARTICLES
album reviewalbum reviewsducks ltd.
8.0