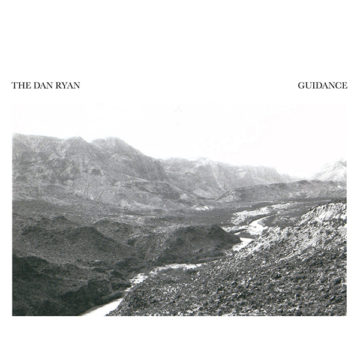 Some albums hit you straight away, right in your chest, feet, head, or all of those. Some, on the other hand are slow evolving affairs, unfolding note by note in front of your ears, either to be simply discarded right off, never really taking off, or growing on you piece by piece, song by song to slowly turn into personal favorites. The Dan Ryan second album Guidance is definitely in the category of albums that will not get to anybody on a first listen. But is it a grower, or is it just a set of music that keeps meandering aimlessly in its mid-tempo’s?

Sincerely, I had no idea what to expect of The Dan Ryan the brainchild of one Nathan Dixey who is backed here by RF Shannon (if you haven’t heard, that is a band too). I have never heard of him or even bits of his music. Giving it a first, cursory listen, I was hit with a dilemma – should I trash it in my review, or simply give up on the writing the review altogether and trashing the album as such. Then I forced myself to give it another listen, then another, then another and so on. I realized that the immediate hit I was instinctively expecting, was actually split into those little persistent hits, like a woodpecker pecking on the tree, until that core is split open.

And the core of Guidance and its veiled qualities opened up. Actually, it seems Dixey has not only been meticulous in how he constructed his slow evolving songs, but by slowly building the album by coming up with stronger and stronger melodies and lyrics as the album evolves, keeping the best for last, the closing trio of “Release Me”, “Reckoning”, and “Elysian Fields” becoming an essential listen. Not that, the opening “Ring Them Bells (Carrion Crow)” or the songs that follow are weak, they all are embellished by slowly developing, intricate arrangements, slowly pushing you to pay attention to what Dixey is singing about. In a way, this musical development process that he is utilising reminds me of the manner in which Grateful Dead constructed their music, and if you want a comparison of any current artists that are making impact, Kevin Morby comes to mind both musically and a bit vocally too. Dixey himself refers to Damien Jurado and Richard Swift, who mixed the album.

Instead of summarily discarding Guidance it has rightfully become one of the more played album this season when the windows are mostly open. Maybe a passer by will stop and listen too.

Formerly a lot of things, including a journalist and a translator, currently a freelance writer living in The Netherlands.
RELATED ARTICLES
album reviews
7.0