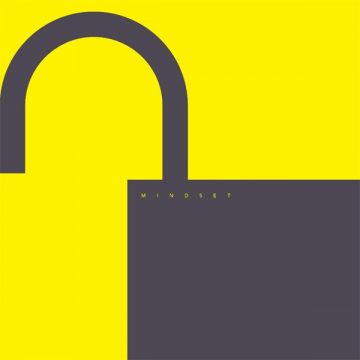 The new Blancmange album opens with the title track, “Mindset”, and following a minute-long  musical introduction, the unmistakable voice of Neil Arthur sings “Unlike Wednesday this day  is focused/There will be no distraction from the action.” Thus begins Mindset, perhaps the best Blancmange album in Neil Arthur’s career.

The album is dark, synth-based music. At times it is very dense but never without melody, and never too heavy. Arthur is looking at the world as he always has, and his place in it. On Mindset, he continues his journey in trying to figure this mess out and how we got to this point. “Clean Your House” and “Not Really (Virtual Reality)” are prime examples. Arthur writes strong melodies and slides in the lyrics. In the end, you are left with an amazing album.

Musically, this is electronica, but that does not mean it is all the same, far from it. The music ranges from gentle tunes to heavy, bass-laden songs. You do feel your body moving but this is not a dance album. It reminds me of an electronic version of a 1970s concept album. That is not to say it is a concept album, because it isn’t, but it does have that feel. It is an album that needs to be listened to from beginning to end and although there is not a concept, there is a theme.

It is incredible to think that since 2011, when Blancmange was resurrected, Mindset is their 10th album, and their second for 2020 (Waiting Room Volume 1, having been released in March). That is an incredible amount of work, and that does not take into account the other bands (Fader and Near Future), which have also been very  active over the past few years. What is astounding is that Arthur does not seem to be running out of ideas, nor does he rely on nostalgia. Mindset is an album that is creative and totally unique. It will please long standing fans and may even bring along some converts.

Born and raised in Whitby, Aaron discovered music through his love of The Beatles. This led to a career in radio, writing for various publications, and ultimately a radio show about The Beatles (Beatles Universe), which ran for over four years. When not immersed in music, Aaron enjoys spending time with the loves of his life -- his wife Andrea, and daughters Emily and Linda (all of whom have an intense love of music too).
RELATED ARTICLES
album reviewalbum reviewsblanc check records
9.0