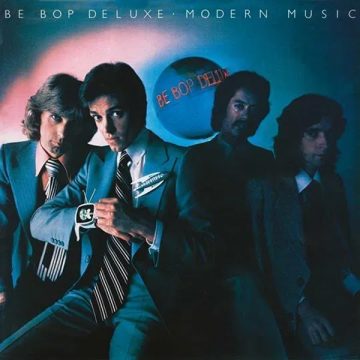 From hero to zero and back again, yet just another of those standard rock stories. Bill Nelson and his Be-Bop Deluxe were originally hailed as saviours of what is now called classic rock. Only a few months later, when their fourth, Modern Music came out, they were lambasted by most rock critics as “old news”, passé, and “boring prog farts.” Most of it had more to do with the advent of punk rock and its concept of burning everything down to the ground and building it up again than with Nelson and Be-Bop Deluxe suddenly forgetting to play.

50 or so years on, Nelson is still around, slowly regaining credibility – though he never lost it with the die-hard fans — and so is Modern Music. This time around it is a remastered, 5 CD/DVD deluxe edition. Which all beg the question, were the critics wrong or not? 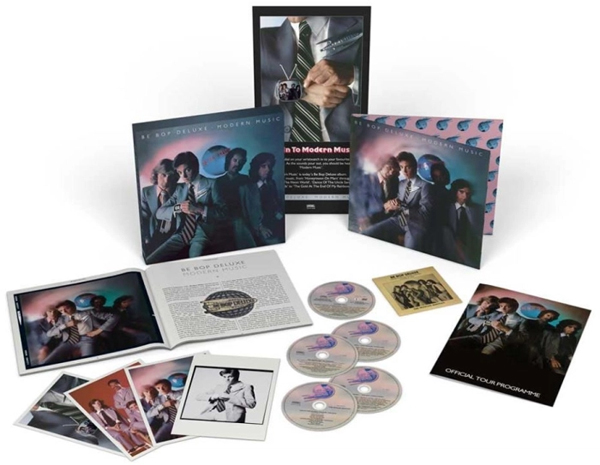 Some will certainly stick to their opinion, but both Nelson and his music have stood the test of time, much better than most 70s rock that was labeled progressive.

Of course, what you deem as progressive differs from one fan to another, but what is evident from the original album is that Nelson was actually trying to shed his music of the usual prog excesses, moving, in his own way, into a more melodic, song oriented territory, that included any and all jazz/classical leanings of say, Steely Dan.

On the other hand, the extra music, demos, and live recordings show two things. One, that Nelson was a musical perfectionist in the studio and took his time to pick exactly the version he thought was the best. And second, that he and Be-Bop Deluxe were an excellent live proposition at the time.

Formerly a lot of things, including a journalist and a translator, currently a freelance writer living in The Netherlands.
RELATED ARTICLES
album reviewalbum reviewsbe-bop deluxe
9.0