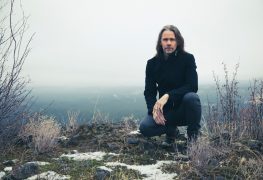 by Gerrod Harris on May 8, 2021
THE IDES OF MARCH A CONVERSATION WITH MYLES KENNEDY Myles Kennedy is not one to remain still. While best known for fronting Alter Bridge and Slash & The Conspirators, the singer, guitarist, and songwriter has begun to make a name for himself as a solo artist. His stellar debut, 2018’s Year Of The Tiger, was an [...]
1106 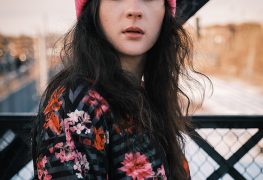 by Ljubinko Zivkovic on April 30, 2021
THE PROMISE OF A DISAPPOINTMENT GIRL A CONVERSATION WITH DELYN GREY Musicians often refer back to some dark places and thoughts in their lives and try to turn them into best possible music they can. This is probably one of the toughest artistic processes. Personal darkness is something very intimate, and turning [...]
51 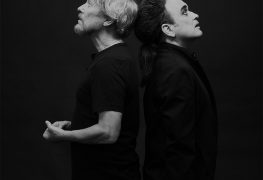 by Kathy Nichols on April 29, 2021
DUALITY A CONVERSATION WITH ALEXANDER VELJANOV OF DEINE LAKAIEN Dual, the most recent effort from Germany’s dark wave project Deine Lakaien, which was released on Prophecy Productions, breaks new ground for the duo. The double-disc album consisting of 20 tracks, is made up of cover versions along with the band’s [...]
34 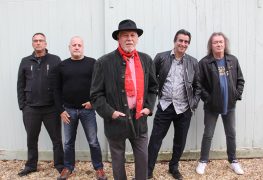 by Aaron Badgley on April 22, 2021
ALIVE FOREVER A CONVERSATION WITH GARY BROOKER OF PROCOL HARUM Gary Brooker formed Procol Harum in 1967, and the band was huge from the very beginning with their debut single, the incredible and revolutionary “A Whiter Shade Of Pale”. The band would go on and record several more classics (“A Salty Dog”, [...]
150 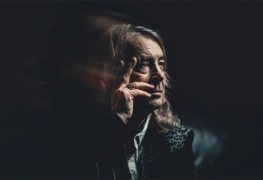 by Aaron Badgley on April 22, 2021
REIMAGINING IMAGINOS A CONVERSATION WITH ALBERT BOUCHARD OF BLUE ÖYSTER CULT Blue Öyster Cult fans and prog rock enthusiasts hold Imaginos by Blue Öyster Cult dearly in their hearts. However, Imaginos was never intended to be a Blue Öyster Cult album, and when it was released in 1988, it was not as originally [...]
27 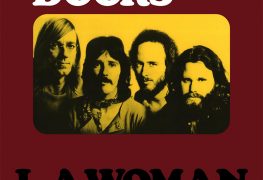 by Ryan Sagadore on April 15, 2021
THE DOORS – L.A. WOMAN: 50 YEARS LATER At the end of the 1960s, The Doors were seemingly running out of gas. Their first two LPs were both critical and commercial darlings, however the two follow-ups were not nearly as good.  Despite 1968’s Waiting for the Sun being their only number one album, many [...]
60 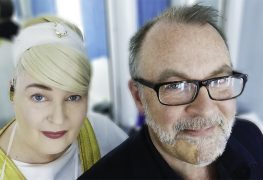 by Samantha Wu on April 14, 2021
BURN A CONVERSATION WITH JULES MAXWELL OF DEAD CAN DANCE Powerhouses from the world-renowned band Dead Can Dance Lisa Gerrard and Jules Maxwell are back with a new album to be released on May 7, 2021. The new project entitled Burn is their first release with their new London-based label Atlantic Curve and is [...]
58 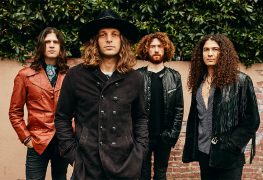 by Gerrod Harris on April 9, 2021
SOMEBODY HAS TO BE ON MUSHROOMS, RIGHT? A CONVERSATION WITH DIRTY HONEY’S JOHN NOTTO & JUSTIN SMOLIAN Dirty Honey, formed in 2010, are a band from a completely different era. Primally charged by the crunching guitar riffs of the ‘80s and an undeniable groove reminiscent of the ‘70s, the band feels like [...]
42 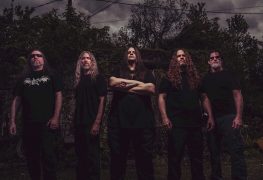 by Andre Skinner on April 2, 2021
THE EXECUTIONERS ARE BACK! A CONVERSATION WITH PAUL MAZURKIEWICZ OF CANNIBAL CORPSE Planet Earth’s most punishing death metal group, Cannibal Corpse, is set to drop its most imposing tracks to date with their upcoming full-length release Violence Unimagined.  As the band took on the tall order of following up [...]
56 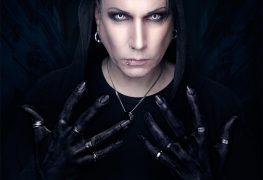