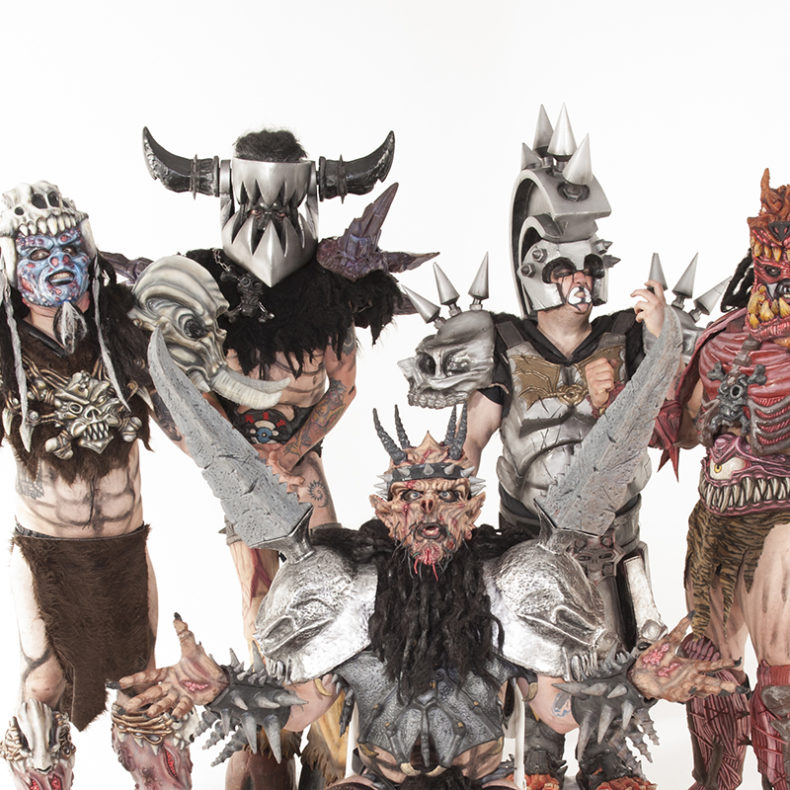 THE BLOOD OF GODS TOUR

Human Scum! We appreciate your efforts to save up money to buy concert tickets to see GWAR, rather than wasting your hard earned duckets on crystal meth, medical care, and infant formula.  Now, at last, the the long wait is over, as GWAR kicks off their summer tour this evening in Ft. Wayne, Indiana.  This run includes festival appearances at Rock Festi n Cadott, WI., a return to the family friendly, body-positive, funfest known as The Gathering of the Juggalos and an appearance at the The Growler’s Beach Goth Festival.

For all GWAR headline dates, the band is once again offering the “GWAR LORDS & MASTERS VIP EXPERIENCE PACKAGE”:

One (1) General Admission Ticket with Venue Early Entry
Exclusive access to GWAR soundcheck where you will pledge allegiance to your Lords & Masters!-Invitation to play a GWAR instrument onstage at soundcheck
Tour of the weapons of your Lords & Masters
Early Merch Access to avoid the crowds
One (1) Souvenir item signed by members of GWAR
One (1) Souvenir GWAR laminate
Photo opportunity with GWAR before the show
You will be killed by GWAR on stage during the show.
Designated Slave Pit Area to pledge your allegiance
Get killed on stage by GWAR! (18+ only)
VIP Packages are available exclusively at https://www.gwarvip.com.

Be on the lookout for GWAR headline dates this fall!

by SPILL NEWS on October 4, 2018
GWAR RELEASES VIDEO FOR “VIKING DEATH MACHINE” – KICKS OFF NORTH AMERICAN TOUR THIS SATURDAY Human Scum!  It is now that time of year and your Lords and Masters GWAR will soon awaken from their [...]