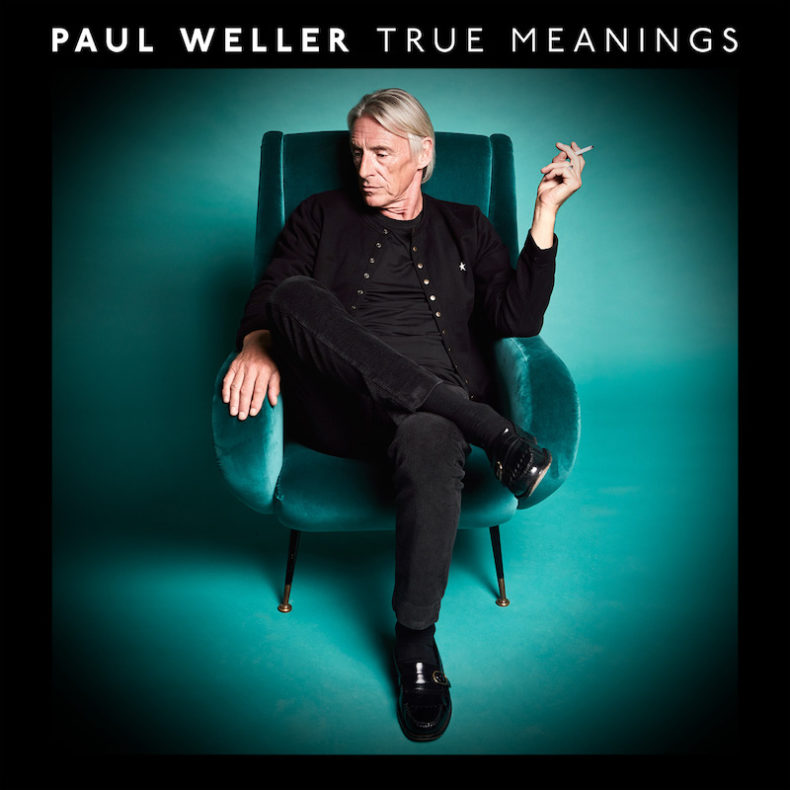 To put it simply, True Meanings, the fourteenth Paul Weller solo album, the twenty sixth studio album of his entire career, is a record unlike any he has ever made before.

True Meanings is released on September 14th and is an album characterized by grandiose-yet-delicate, lush orchestration: an aesthetic to which Paul’s better-than-ever voice, singing some of his most nakedly honest words, is perfectly suited. A dreamy, peaceful, pastoral set of songs to get lost in, it is both an album that a lot of his faithful audience have been wanting him to make for a long time, and an album that many new people outside of that audience will relate to.

On May 25 this year, Paul Weller turned 60: a milestone that has unquestionably had an impact on the feel, both lyrically and musically, of True Meanings which comes across being the most singer-songwriter-style album he has ever made. However, it is also the most collaborative: with more guests than any record he’s been involved in before.

As well as all the members of Weller’s band, Rod Argent of the Zombies provides Hammond organ on “The Soul Searchers” and piano and Mellotron on White Horses’; folk legends Martin Carthy and Danny Thompson add picked guitar and double bass respectively to “Come Along”; Little Barrie plays lead guitar on “Old Castles”’; Lucy Rose sings backup on “Books”; and “Movin On” is the result of a “scratchy demo”on Paul’s phone that was sent to Tom Doyle of the White Label project. Even Noel Gallagher makes a sneaky appearance.

Perhaps most surprisingly of all, especially given how personal and introspective True Meanings feels, lyrics for four of the fourteen songs here were written, to Weller’s melodies, by others. Connor O’Brien from Villagers came up with the words to opener “The Soul Searchers”, while “Bowie”, “Wishing Well” and the closing “White Horses” are all the work, lyrically, of Erland Cooper from Erland & The Carnival.

The album was recorded in just over three weeks at Paul’s own Black Barn Studio, with the aforementioned, revolving cast of characters dropping in for a day here and there. The orchestration was added soon after, and that was that. It is always a good sign when the recording of an album is swift, and here you can just hear that the man at the centre of these songs is as focused and inspired – more inspired, even – than he has ever been.

SPILL NEWS strives to keep our readers up to date with news and events in the music industry. We keep you informed of the most recent information regarding new releases, tour dates, and information items about your favourite artists.
RELATED ARTICLES
album releasenew musicnews