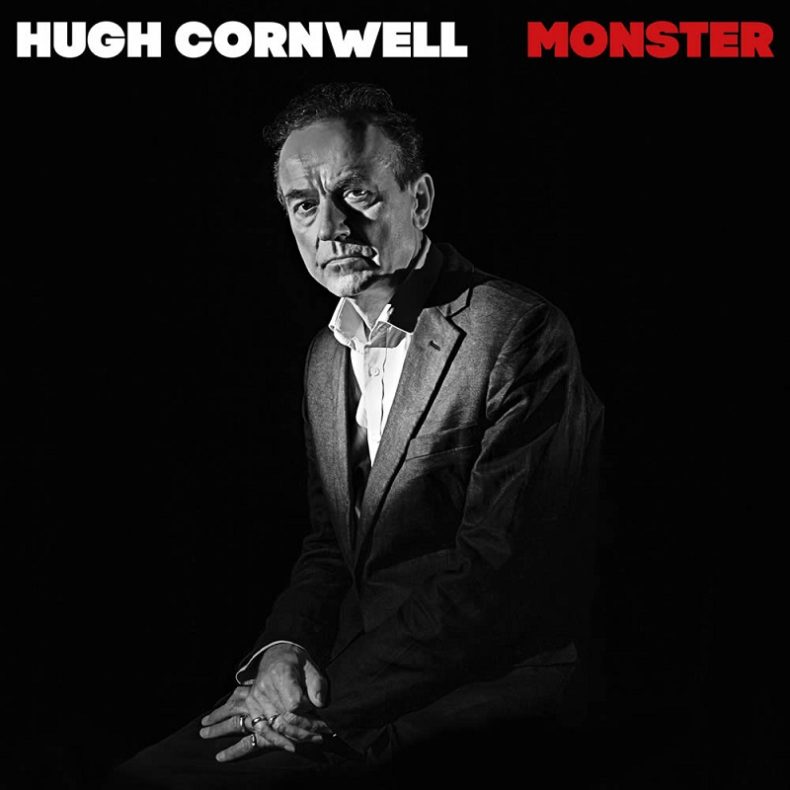 One of the most celebrated songwriters of his generation, Hugh Cornwell will release his new album Monster through Sony Music on October 5. The album features ten tracks written about some of the most remarkable, and indeed infamous, people of the 20th Century, both heroes and villains. Alongside these luminaries, he took inspiration initially from an extraordinary lady who swam every day in Hampstead ponds, his 98-year-old mother, Winifred. To locals, she was a hero who swam five or six times a day in all weathers, to Hugh’s family, she was the villain who kept them all in check. This juxtaposition started Hugh off on his creation of the album with the song La Grande Dame.

The album takes its name from the eponymous track “Monster,” Hugh’s love-letter to the genius model-maker and animator Ray Harryhausen who blazed a trail with films such as Jason & the Argonauts and Clash of the Titans, paving the way for Spielberg, Lucas et al to follow his lead.

“These are people who have defied categorisation,” he explains of his choices. “I’ve spent my whole life trying to defy categorisation. If someone wants to put me into some sort of a box, I’ll do my best to defy it. You could call it being obstreperous, but it’s also got something to do with being drawn to people who are dichotomous.”

As a companion disc to the album, Restoration is a collection of re-recorded acoustic versions Stranglers hits which Hugh has rediscovered over the years including favourites “No More Heroes” and “Always the Sun” alongside gems from the band’s catalogue including “Outside Tokyo,” “Don’t Bring Harry” and “Let Me Down Easy.”

Monster is available to pre-order on 2CD or double vinyl (gatefold, 180gsm) formats as well as digital downloads.

SPILL NEWS strives to keep our readers up to date with news and events in the music industry. We keep you informed of the most recent information regarding new releases, tour dates, and information items about your favourite artists.
RELATED ARTICLES
hugh cornwellmonsternews
8.0