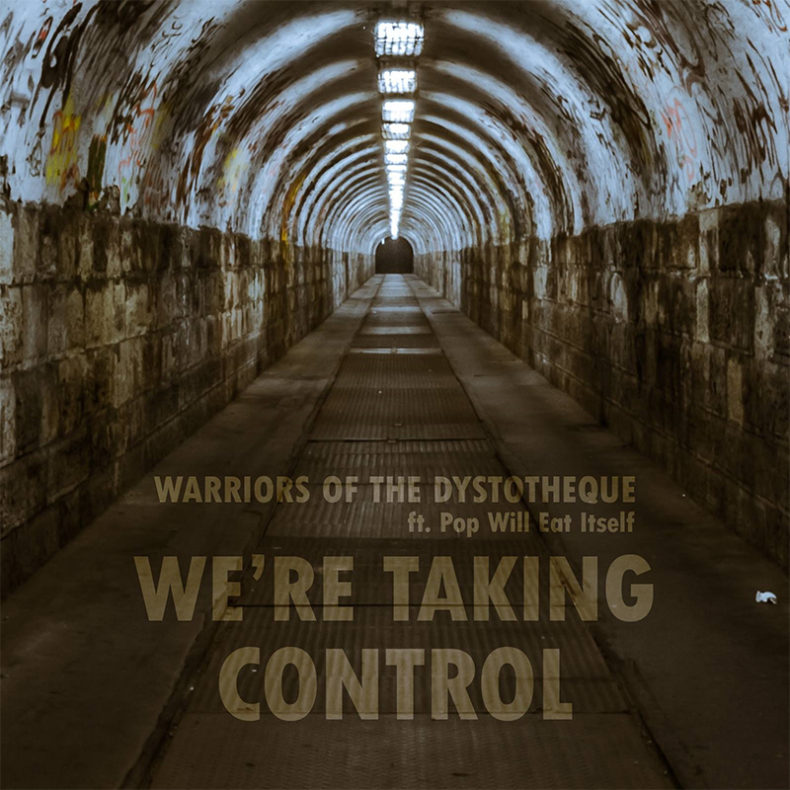 Warriros Of The Dystotheque step things up with their latest release, joining forces with the mighty Pop Will Eat Itself and drawing on their background in the early noughties that saw the rise of chemical breaks, squeaks & bleeps & played a major role in a decade of DJ shows at home & across the globe for two of the bands members.

Christened on the type of rebellious rocktronic music that made the late 90s such a great era to be part of, the Warriors have drawn on that spirit to sum up the social chaos and political discontent that has spewed out of the globe over the last 12 months. “We’re Taking Control” has elements of anger, disorder, angst hope and guts as the world moves into an uncertain future. “We’re Taking Control” is a vocal collaboration with Pop Will Eat Itself, known for a host of  hits like “Wise Up Sucker”, and the Prodigy collaboration, “Their Law”. PWEI take the track to the next level with their take on the turn of events.

SPILL NEW MUSIC strives to keep our readers up-to-date with new releases by your favourite artists, keeping you informed of new album, single, and video releases. Stay tuned -- who knows, you might just discover your new favourite band.
RELATED ARTICLES
beatportnew musicpop will eat itself
8.0