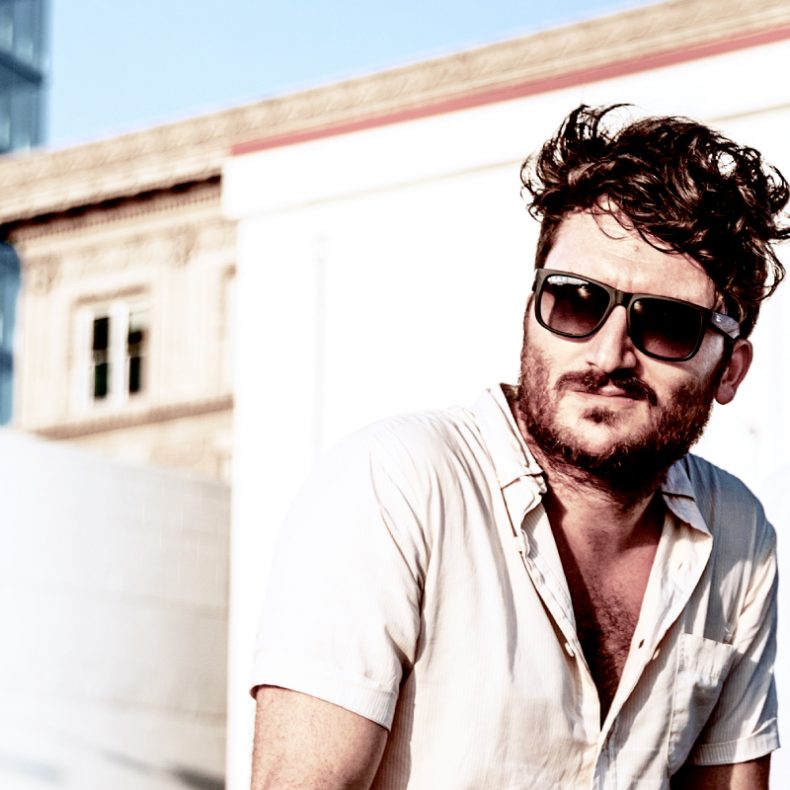 The Pinkerton Raid, led by frontman Jesse James DeConto, are preparing to release their new digital 7-inch “Cinnamon Sweet” b/w “Au Cheval” in February. DeConto penned the thunderous A-side “Cinnamon Sweet” as a nod to a playful nickname he has for his wife. Inspired by her passion for justice and feminine empowerment, the song warns any would-be paramours off trying to corral the dynamic titular girl: “Her curves are not for your caress/Eyes up, my friend, you know how this ends.”

“As the #metoo movement unfolded, my partner became more verbal than I’d seen her before, expressing her anger about harassment in the streets. We call it ‘catcalling,’ which honestly seems like a whole lot more playful of a name than what it actually is — a demand for access to a woman’s body, even if only in your own mind, when there is no mutuality, no relationship, no consent.

“‘Cinnamon Sweet’ felt like a difficult balance to find and took many months and some great suggestions from my friend and producer David Wimbish. A song about consent, romance and sex needed to capture magnetism and allure, physicality and desire, but also gentleness, beauty and patience. How could it amplify her fierceness in standing up to harassment, without the tonal delivery of my own voice joining in the toxic masculinity that, if we’re honest, has anchored a lot of rock’n’roll? My friend Django Haskins of The Old Ceremony really helped to crystallize that tension for me as we talked it through. How could we make the song spicy and sweet at the same time, to do justice to the wonder woman who is my wife, and to all the wonder women? Just as an example: the opening low-end guitar riff by itself felt too muscular, too hungry; it only made sense to me in tandem with the delicate, chiming, reverberant strums of the rhythm guitar and gentler melodies. Thinking this stuff through wouldn’t have been possible without witnessing the experiences of my sisters, children, mother, spouse and so many friends. If this song is worth anything, it’s because of them.

“I grew up in an era of powerful artists like Cyndi Lauper, Gwen Stefani, Tori Amos, Fiona Apple and Dolores O’Riordan. Stevie Nicks, Sharon Van Etten, Regine Chassagne and Charity Rose Thielen have made some of my favorite music ever. From Bowie, to Queen, to Prince, to Kurt Cobain and Eddie Vedder we’ve got these electric examples of rock music made by men that challenges our gender codes; that only helps to make all of us more free. When it comes to justice and gender in music, I guess we’re all following Beyonce’s lead. There’s something heroic and risky about telling truths about a status quo, about ‘boys-will-be-boys’ that most of us have just learned to live with. Italian animator Ylenia Condello with Helemotion gave us a superhero story. If that story rings true, and I hope it does, then we owe a debt to these partners and role models stretching back through time.” ~James DeConto