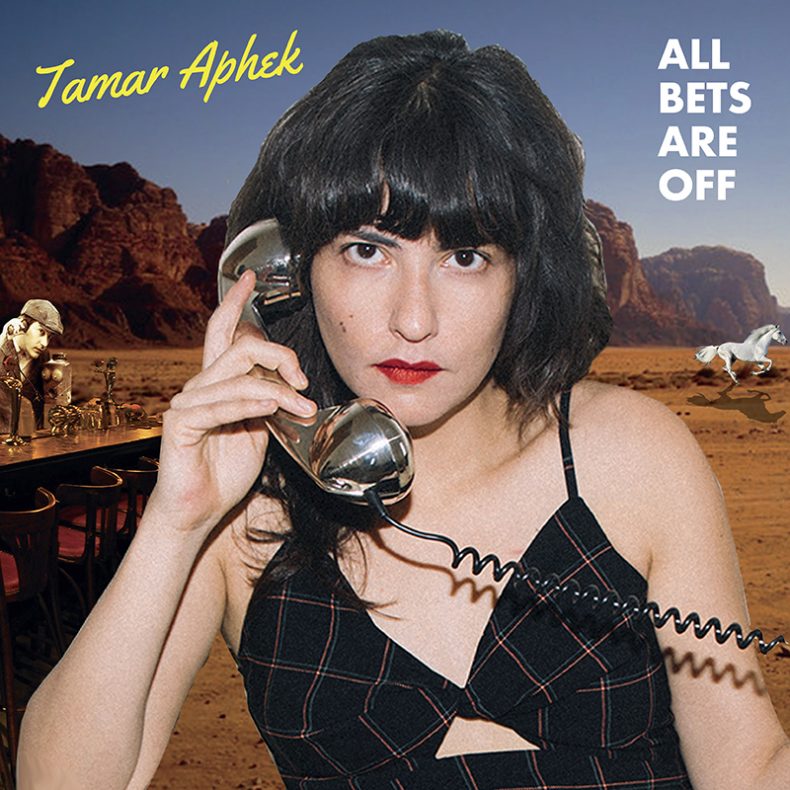 For Tamar Aphek, the reigning queen of Israel’s rock scene, the memory of playing her first electric guitar remains unmistakable: “It was the feeling of holding a weapon.”

To hear Aphek play is to hear that weapon unleashed. From her previous bands Carusella and Shoshana, to her current eponymous project, Tamar Aphek has risen to prominence in her home of Israel, toured across the United States and Europe, and sits poised to explode globally with her new record, All Bets Are Off.

“´Russian Winter’ is my first concept music video. It was developed in few stages: first a visual translation of my personal feelings in light of the collapse of all the frameworks and creative endeavors in which I was involved before the Corona Virus, then hours of brainstorming with the director Amir Buxbaum on how to put all the ideas into the patterns of a music video, then discussing the proper shot angles with the photographer and finally diving with the animator in a symbolic ocean of images. Against the feeling that we are facing huge changes in our old and familiar world – it was necessary for me to cling to some familiar images like the cycle of the four seasons and the activities which characterize each one of them, hoping that sticking to the familiar stuff will help with moving to the unknown world. On the way to the expected new world, which might be based on new rules in personal relationships and facing the force of nature, we mixed classical images like the Birth of Venus flying on a rocket ,or Roman portraits rolling their eyes with astronauts and flying figures preparing us to travel in a spaceship, surrounded by lights of a Kaleidoscope towards an island populated by aliens and extraterrestrial presence with whom we interact to become part of, or maybe even build the new world that will expect us after the pandemic is over. The work on the video added a new dimension to my cooperation with my musical partners which was based before on an exceptional ability to listen to each other, to building an infrastructure of coordination in movements and building a new language of choreography.” ~Tamar Aphek