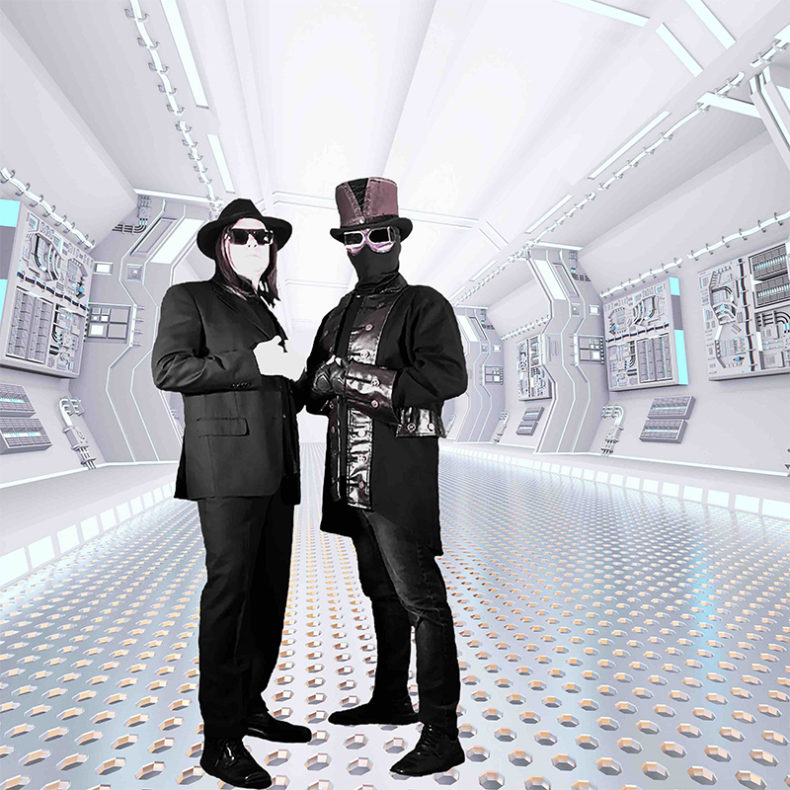 Friday brings the release of the self-titled album from Sweden’s ShapeShiftingAliens. Ahead of that, we are pleased to present the premiere of their video for ‘Just a Boy’. This quirky and awesomeSwedish duo consists of Johan Cléve on vocals and Niklas Rundquist, who is also known as solo artist by the moniker Brainshadow.

Together, they create fantastic music and unusual and eccentric videos. Set to a brilliant track, the new video we present today for ‘Just a Boy’ is brilliant, combining nostalgic perfection from the past with futuristic sci-fi imagery. It is a melding of time, a recollection of childhood fantasy and adult dreamery, seemingly reflecting on the timeline of one individual who has never quite grown up, yet has experienced failures and a distancing from his previous hopes and desires.

For all the music Sweden is known for producing over the past few decades, ShapeShiftingAliens certainly ranks at the top in terms of quality alternative electronic rock pop. They are undoubtedly masters of their craft – both sonically and visually. Absolute kudos to these vibrant imaginative Northerners. With backing from an indie, rather than mainstream label, they are still managing to find their audience worldwide.

Rundquist and Cléve met when they were working with Iodine Jupiter. Cléve is a producer, composer, live and studio musician (guitar) for film, as well as touring and performing artists. Inspired by various film music composers and especially horror films, their music has also been influenced by David Bowie, Lou Reed, Goldfrapp, Air, Radiohead, Smashing Pumpkins, and Massive Attack.

Niklas Rundquist / Brainshadow collaborates with other artists as an electric violinist, remixer and mastering engineer. Most recently, he cooperated with Lima 13 and Sonisk Blodbad. He is also a member of The Leather Nun, whose history runs back to the 1980s. He also composes music for films, documentaries and commercials, and various artists on the London scene.

The Sublunar Society is a record label and publishing company, founded by Marie Lundvall and Peder Bjoerk in 2013. Sublunar releases music and publishes literature for the international and national markets. The company also produces exclusive limited edition art products for collectors. The guiding spirit behind The Sublunar Society is one of artistic freedom and creative exploration beyond the conventional.

Also check out several other videos released in support of their debut album: