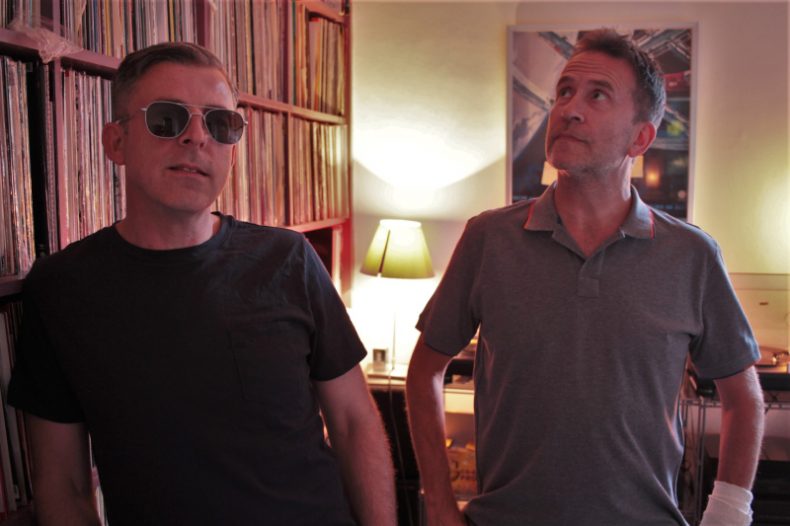 Many decades after North America became hooked on modern British music, London and many other UK cities are still giving us plenty of reason to continue looking in their direction. Today we have the pleasure of introducing you to one South London-based artist making waves in the electronic music scene there.

Following in the steps of forerunners (and now peers) Andrew Weatherall, Duncan Gray, Adrian Sherwood, On-U-Sound, Hot Chip, as well as Jagwar Ma, The Orb and Future Sound of London, Rude Audio are gearing up for the release of their new album Street Light Interference, which will happen on July 15 via Zirkus Records.

Ahead of that, they present the track ‘Don’t Follow Me’. Here we find our sensory delight zone tickled while under the influence of haunting Carpenter-esque vibes, encapsulated in warped disco. This feels like life in the LFO zone – surreal, this would be fitting as sonic accompaniment to various scenes in ‘Black Mirror: Bandersnatch’ or even Guy Ritchie’s movie Snatch’.

Rude Audio’s composition for this particular track is somewhat reminiscent of Mirwais, Hologram Teen (a.k.a. Morgane Lhote of Stereolab) or even individual compositions by the renowned Asian Dub Foundation. Perhaps one of the least dubby tracks on the new album, the accompanying video was created by Rob Bell.

This single follows the lead track ‘Repeat Offender’. Dub meets something modern and shiny, uptown, for a bit of a cavort, in the accompanying video, created by Ali Ingle and starring Matty Ratcliff.

‘Street Light Interference’ runs the gamut from dub to techno and features four original tracks and four remixes of tunes from their latest ‘Rude Redux’ EP, which was premiered by Andrew Weatherall on his radio show. That release followed up their ‘Rudest’ EP.

The core of the collective are Mark Ratcliff (whose releases have been played by the likes of Andrew Weatherall, Laurent Garnier, Kris Needs, Don Letts, Graeme Park and Rob de Bank, as well as BBC Radio 6’s Nemone and Gideon Coe), Owain Lloyd (mixing engineer for everyone from Oakenfold and Weller to Niall Horan) and Dave [The Rave] Brennan (ex The End recordings and key player at tech house dons’ label, Bombis).

“I had half an eye on some of the underground but outdoor summer parties proliferating in my manor when pulling together various elements on the release, although the likelihood of engaging with a blissful, sun kissed milieu in South London during July and August is less likely than engaging with a dirty rave in a damp squat, where everyone’s complaining about why we aren’t having a summer this year,” says Mark Ratcliff.

The new album also features one of the band’s favourite remixers – Bedford Falls Players. The remix from main man Mark Cooper has taken ‘To The Sun’ into a dark room and given it a right old working over. The result is brutal but gorgeous.

Another favourite organisation is the enigmatic and mysterious Fearless Few Collective, who got their hands on a couple of tunes, before putting them through their various wringers. Kitsch Kub’s remix of ‘Rumble On Arab St’ is the sound of a gorgeous summer’s evening whilst Valtow’s dub takes the same tune in to stunning Balearic waters. Zar has taken a leaf from Bedford Falls Players book, insofar as he has given ‘Pipeline Screaming’ a right and royal working over. leaving it a quivering techno/dub hybrid.

‘Street Light Interference’ will be released everywhere come release day. Already now, it can be pre-ordered via Bandcamp.

Also check out the video for ‘Repeat Offender’ and ‘To The Sun (Bedford Falls Players Hugest Remix)’: