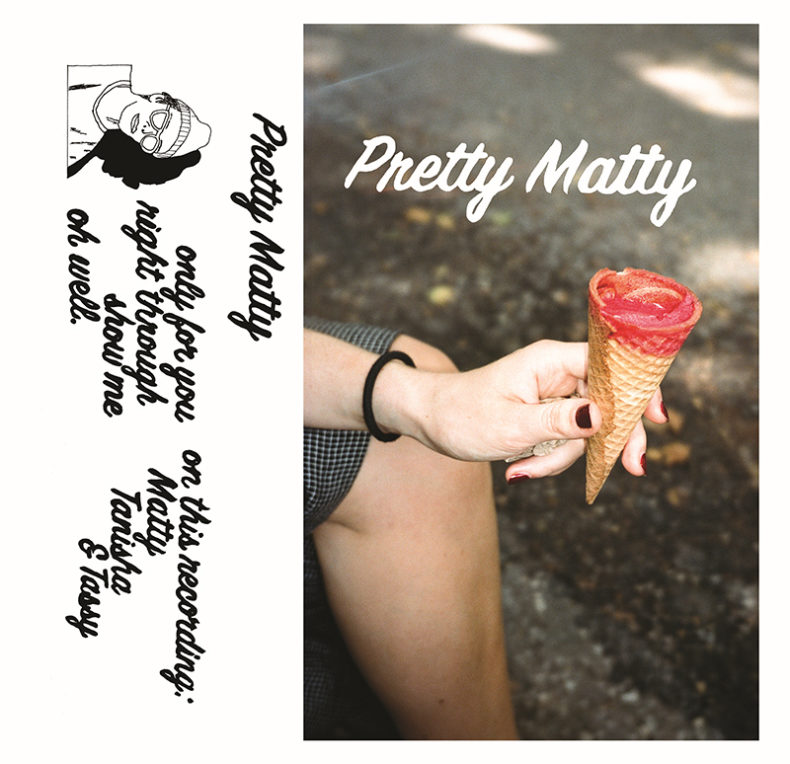 In anticipation of his four song solo EP release on March 20th, Pretty Matty (a.k.a. Mathew Morand of Lychi and Self Defense Family) debuts the video for their first single Oh Well. Leaning towards influences such as Breeders, early Green Day and Guided By Voices, it’s a short-and-sweet guitar driven pop piece that’s sure to pull you out of the winter months. The video, directed by Toronto’s Jono Hunter and shot on Super 8, exhibits the grainy and technicolor party of one, Pretty Matty himself, turning apathy into aesthetic as only he can.

The upcoming four song EP will be available for purchase and streaming on Spotify, Bandcamp, and Apple Music starting March 20th. You can also pick up a physical copy on cassette at any of the Canadian shows shown below.

“Pretty Matty is my experiment in writing music that makes me feel good, inspired by bands that I love like The Breeders and Paramore. My friends Tanisha (Truster) and Tassy (Consilience) played on the EP with me and they both rock. Thank you for listening.”