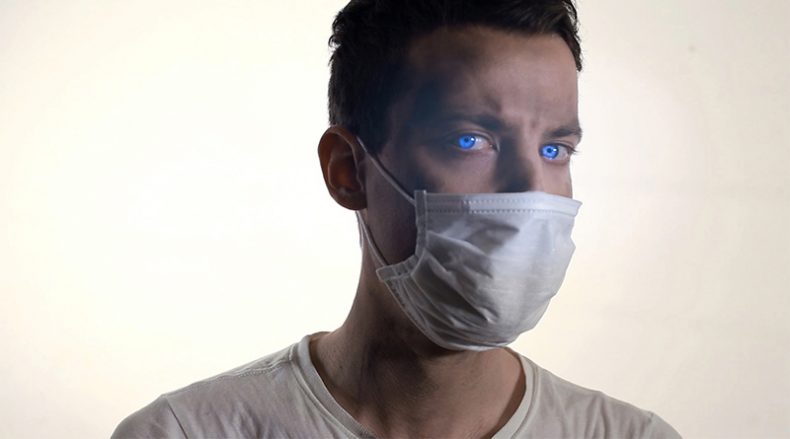 JOHN MUTTER WAS RAISED BY WOLVES “ALL_WAYS” video and single will be released on Friday, May 20th to coincide with the full moon. This is the fourth release for the unique distorted project that sees Vancouver-based multi-instrumentalist and award-winning composer John Mutter abandon the album format and publish each track individually as a video.

Mutter, a trained composer and visual artist continues his serialized minimalist alt-pop project JOHN MUTTER WAS RAISED BY WOLVES with yet another strong release. Previous releases required audiences to listen closely for hidden references to impressionist French orchestral music and sonic characteristics from a vast mix of popular material. The new single “ALL_WAYS” delivers an expertly crafted distorted alt-pop song paired with a simple yet haunting video that is most likely a clever nod to Bjork’s Hunter. Over the course of the three-minute video Mutter eventually demonstrates the full extend of his super-human/wolf/alien abilities.

About JOHN MUTTER WAS RAISED BY WOLVES

JOHN MUTTER WAS RAISED BY WOLVES is a collection of alt-pop / post-pop songs written by Vancouver-based multi-instrumentalist and composer John Mutter set to be released song-by-song. Abandoning the album format, the new project promises to release each song individually in video format on Youtube and the project’s Tumblr page (johnmutterwasraisedbywolves.tumblr.com.) The individual tracks are available for download on the artist’s Bandcamp page (johnmutter.bandcamp.com.)

The single “All_Ways” is available via the official JOHN MUTTER WAS RAISED BY WOLVES Bandcamp site HERE.