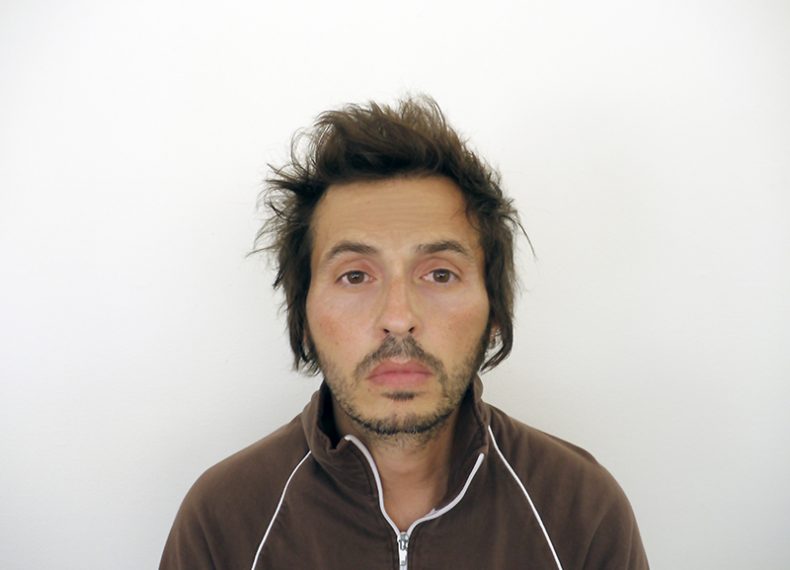 Harley Di Nardo is an American singer songwriter and filmmaker. He was born and raised in Westchester, New York. Belonging to a family of Italian folk singers, he was destined to make a career in the performing arts. He wrote a film script at the age of 10, and by the time he turned 14, he joined a band. He had begun writing and singing his own songs at the age of 18 when he met Derrek Hawkins (Ace Frehley, Spacehog, Stabbing Westward), the biggest influence in his musical life while he was learning the ropes. He and Derrek moved to New York City and started to play gigs. They formed a band called Closer. They emerged, as Hits magazine called them, the biggest buzz band on the east coast at the time. They signed to Irving Azoff’s Revolution Records/Warner Bros., The debut album was produced by Ed Buller, formerly of Psychedelic Furs. Ed had produced hit albums ranging from The London Suede, to Pulp, to White Lies. Closer’s debut album was well-reviewed and they toured with Peter Hook of Joy Division, Supergrass, Chumbawumba, Edwyn Collins, and Love Spit Love. Harley would then later go on to make another album with his band White Light Motorcade, who signed to Maroon 5’s Octone/A&M. White Light Motorcade’s critically-acclaimed first album Thank You, Goodnight led to tours with bands including The Donnas, Alice Cooper, Ok Go, Ash, The Killers, and Rooney. They shared the stage at the Reading and Leeds Festival with the band Keane and Har Mar Superstar. They also appeared on the MTV2/CMJ Advanced Warning Tour alongside The Moony Suzuki, Longwave, and The Raveonettes.

Today Harley continues to make music and films. Although Harley will usually write and record the music in his films, he aims towards releasing one album and one film per year, alternating by year.

“Hello Rock n’ Roll” was a song that I had sitting around for quite some time. My last band White Light Motorcade split up, and I just took a break for a bit, but I would still write. When something would come to me, I’d develop it… make a demo for future use, etc.. The title came to me when I was out to dinner one night with a friend in New York. He had reminded me about a review that our band Closer had gotten. He pulled it up on his phone, I looked and the title of the review was “Hello Rock n’ Roll”! I thought, “hmm that’s a cool title” The next day I started working on it. As I sat on my couch tooling around with it, I had the tv on in the background, like I usually do when I’m playing around on the guitar. There was a documentary on Def Leppard. They were talking about their huge album Hysteria, and one of the songs was called “Rocket” They were explaining how they wanted to pay homage to all the great Rock Artists that had come before them. and the lyrics were like Thin Lizzy -Major Tom etc… I said cool, that makes sense with “Hello Rock n Roll”, and I went to work. I started thinking about the greats and how they influence and give us so much, and I wanted to pay it forward… I recorded it in my basement. I’ve always had a home studio, It’s now in my garage. I made a demo and I recorded all the instruments myself. That same demo was whipped into shape and sent off to a proper studio to be cleaned up, and mixed by my friend Mark Lewis in New York. Mark was my guitarist in White Light Motorcade. He really made it sound big and pro. He’s a great sound engineer. He tours with a lot of big artists. He will be mixing my next project which is already in the making. It will be a 3 song EP titled Emotions in the Atmosphere.

I like to make indie films now and again. I think it goes hand in hand with my music. This particular film I made is called Dead Envy. It’s about wasted talent, and how people would go to great lengths to be recognized for their art. When the soundtrack came along, I thought it was the perfect fit and opportunity to add this song to it. The song is the lead-off track on the Dead Envy Original Soundtrack, which is available now on all platforms here: https://deadenvyrgalb01426471.hearnow.com