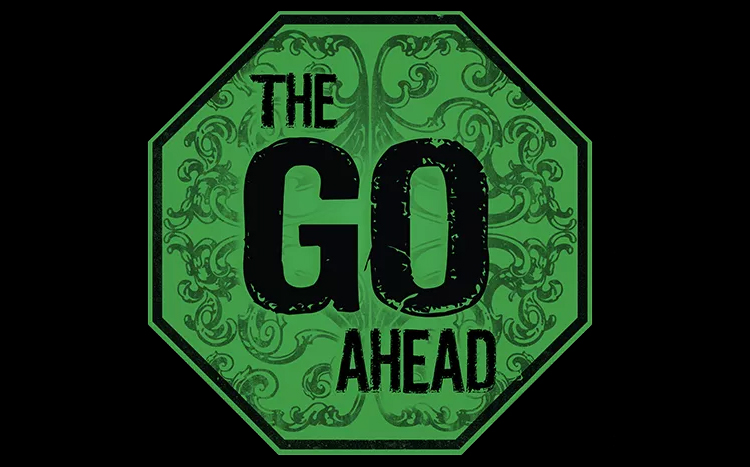 The Go Ahead – “About To Burst”

Although San Francisco’s The Go Ahead are getting ready to release their re-mastered album Cycles on January 8, 2016, they already have another brand new song and video.  “About To Burst” is our current Spill Video Premiere .. available just to you, Spill Readers!  This band is certainly starting 2016 off with a BANG!!

“I wrote the lyrics of what would be the chorus of ‘About to Burst’ during a period of writer’s block. Everything I was writing felt stale or like something I’ve already done. After finally coming up with a few lines I did like, I couldn’t come up with anything else so I decided to hand it off to Kyna. This was the first time I’ve ever collaborated lyrically with anyone, which was and still is a little scary. She related to the line, ‘Trying to move on from the same song over and over again’. She saw it as a representation of her depression and anxiety at the time and wrote the remaining lyrics as a response to that. Kyna and I both deal with depression and anxiety so the concept of trying to do something new and different, whether it be trying to collaborate for the first time and open up to someone else or to think about life with a different approach, can be very hard and daunting. ‘About to Burst’ is a lyrical illustration of that kind of anxiety in life.”

– Alex, Bassist of The Go Ahead

ABOUT THE GO AHEAD:

The Go Ahead is a four piece, high-energy rock band straight from the streets of San Francisco. They are known for their incredibly unique sound, pulling from influences such as Incubus, Red Hot Chili Peppers, Primus, Fiona Apple, and many more. Limiting their sound simply to  rock does not do the band justice. The blending of powerhouse grooves, soul-shaking bass, jaw-dropping guitar lines, and melodies packed with sheer emotion  make this band an experience  unlike any other. Formerly known as Jesús and the Rabbis, the band has made quite an impact on the San Francisco Bay Area music scene. They were selected to play the debut Santa Cruz Music Festival in 2013 and have toured to Austin for SXSW  week twice (2014/2015), which included playing Red Gorilla showcases and the debut Ugly Whale showcase. They are opening for national touring acts like Dilly Dally from Toronto, as well as legendary artists like Lita Ford. Big things are afoot for this talented foursome that are known for combining various genres into a driving rock force, with a bsultry and soulful front-woman that demands your attention.

by SPILL NEWS on April 28, 2016
SPILL NEWS: RIVERFEST ELORA 2016 LINEUP ANNOUNCED HEADLINERS INCLUDE WALK OFF THE EARTH, CHROMEO AND THE SHEEPDOGS Riverfest Elora has announced the lineup for its 2016 installment [...]