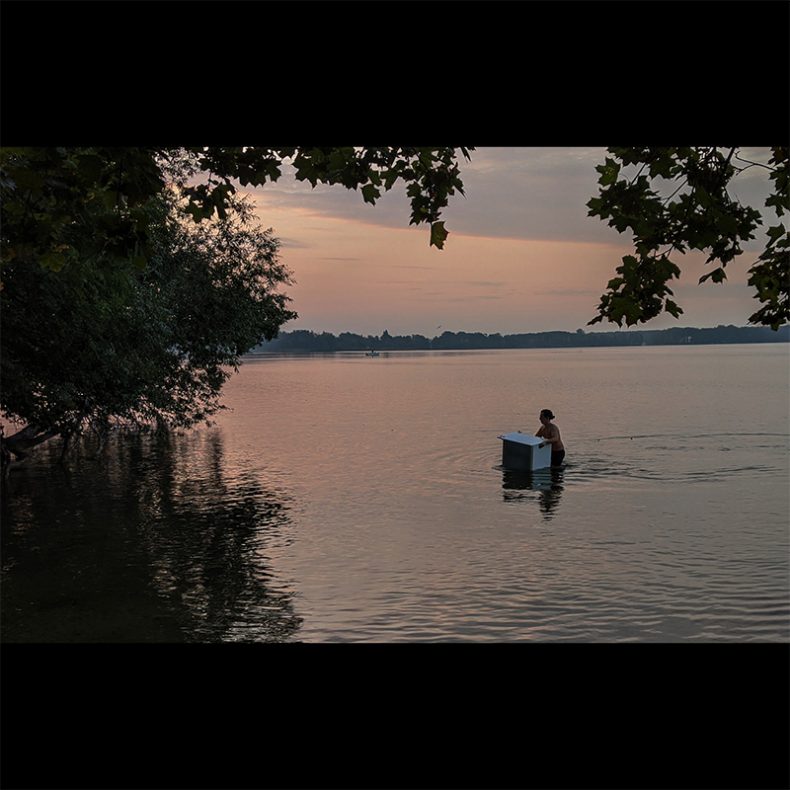 Indie-pop duo Ex en Provence are poised to announce their debut release with the arrival of “Counting Down The Suns” due this December and is accompanied by a verité style video shot entirely on the streets of Berlin.

Channeling post Brit-pop sensibilities, “Counting Down The Suns” provides a stark, timely message, laced with storming indie-pop power. They say: “The idea was born reading about Hou Yi (后 羿), a Chinese mythological archer who shot down nine of the ten suns in the sky so the earth wouldn’t get scorched. Counting Down the Suns became a metaphor for dealing with all the fears of whatever is coming our way. How we are all on a quest for enlightenment. How small things can grow big and like the wait for the eruption of an active volcano. Which all seems even more significant in the current political and global climate. The song helps the listener along on their romantic escapism road trip through lavender fields to the Port of Marseille punctuated with some climatic peaks on the way.”

Both met whilst on tour with their former bands and started writing music together in a makeshift studio, a former Jewish gym under a snooker hall in Stoke Newington that they packed full of synthesisers. Since then the two have collaborated regularly as writers and producers for a diverse range of artists.

Several hundred demos later and much tinkering to the sound and concept, Ex en Provence finally came to fruition. “Counting Down The Suns” heralds the band’s foray forward with a clutch of shows and releases planned for 2021.

‘”Counting Down the Suns’, written in a summer of revolution and devastation is a song for hope and change. Sometimes, our fear of what lies ahead can be what drives us. We have to let go of things, parts or aspects of ourselves to readjust to a new climate. A rare airline corridor in September enabled Ex en Provence to reunite briefly in Berlin to shoot a music video with upcoming film maker Marta Maluva. The story follows two men on a surreal and slapstick journey through Berlin with an abandoned fridge. As well as an obvious reflection on global warming and the state of our planet. It’s also an ode to the things we hold dear and the struggles we face when the weight of the world is on our shoulders.”