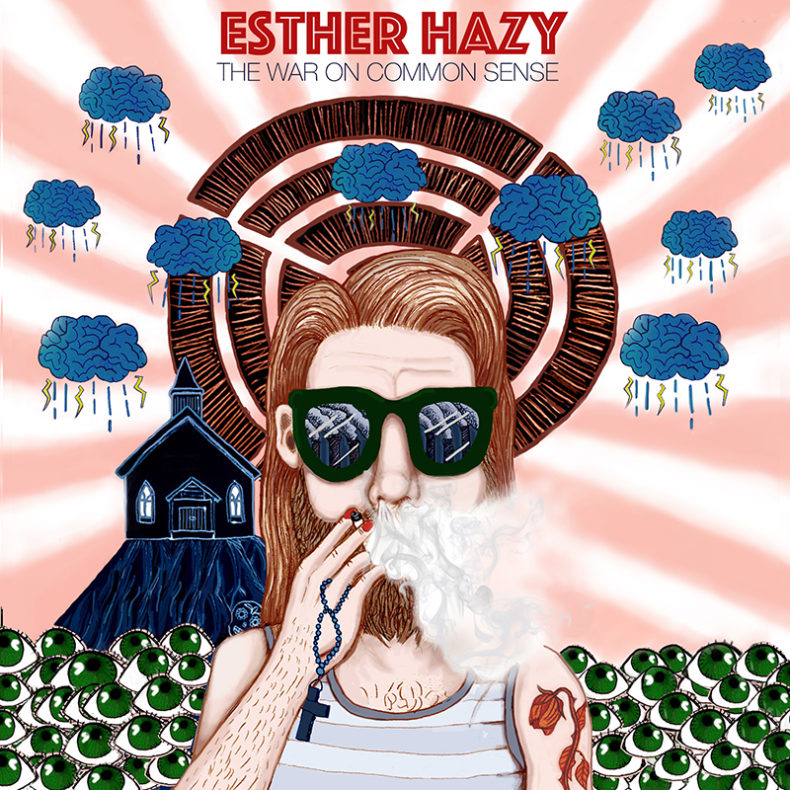 “Eggs” is the first single from Esther Hazy’s forthcoming debut album The War On Common Sense. A play on the adage “don’t count your chickens before they hatch”, Eggs is about facing disappointments in life and was written following the breakup of the band member’s previous group Young Dogs which left them with two unreleased albums. The song was produced and recorded by singer/guitarist Ed Denton at the band’s own Sugarshack Studio in Montreal and mastered by Ryan Morey (Arcade Fire/Half Moon Run/Suuns). They shot the music video in a remote cabin outside of Chertsey, Quebec during the winter of 2018. Director Tobie Garceau opted to shoot in widescreen black and white with extreme closeups to capture the band’s expressive faces as they play and convey the melancholy vibe of the track. As the final track on the album, it is a mellow bookend to an album that references the foibles of modern society, where the album title gets its name.

“It was a treat to work with one of our favourite Québecois directors Tobie Garceau on this. The mood he set with the help of Guy-Carl Dubé’s beautiful widescreen cinematography really captured the sadness of the track, but with glimmer of hope. Exactly what we wanted!”