SPILL VIDEO PREMIERE: ELIZABETH THE SECOND – “NO ONE CARES” 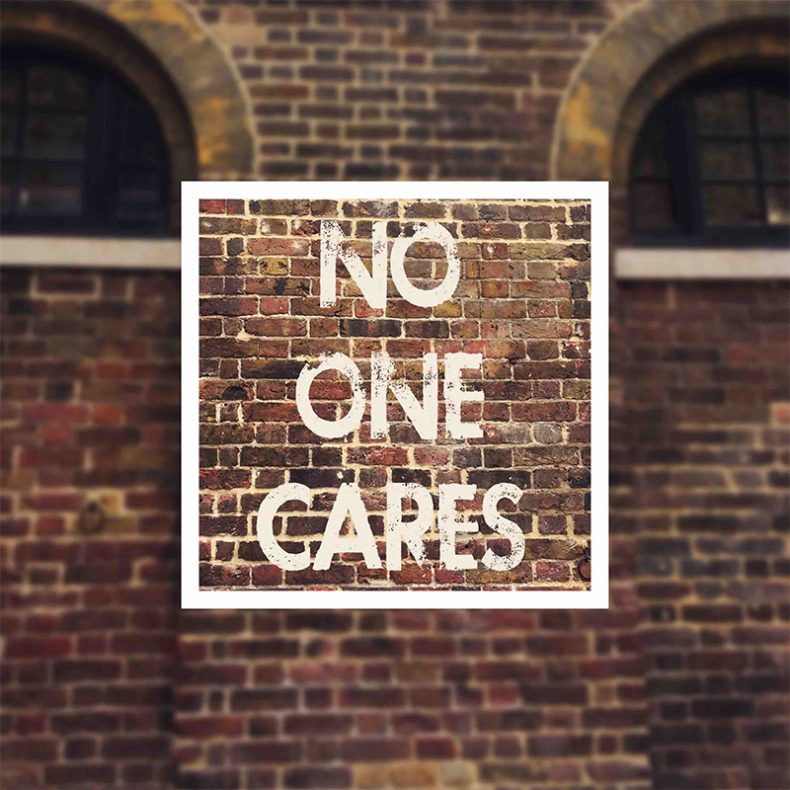 ELIZABETH THE SECOND – “NO ONE CARES”

Today is the day that, not only power trio Elizabeth The Second release their debut single ‘No One Cares’, but that many people will be cheering them on upon this first stepping stone to releasing their first EP. Hailing from Italy, this trio boast a sound that is loaded with gunpowder and vigour. There’s something familiar about this sound – maybe something borrowed from the likes of Blur, The Strokes, Gang of Four, or The Stranglers.

Elizabeth The Second are Ben Moro (guitar and vocals), Michele Venturini (bass guitar) and Luca Gallato (drums). Their music is influenced by The Clash, Blur, The Libertines, Artic Monkeys, Nirvana and The Stone Roses.

‘No One Cares’ is the first taster of their forthcoming debut album ‘Two Margaritas at the Fifty Five’. Sonically, this music blends classic garage rock with punk and grunge accents. Frontman Ben Moro takes his vice to the boiling point, wavering between delicate parts and biting screams.

Formed in mid-2018 in Padova, northern Italy, this trio was born of shared excitement over music and its creation. The desire to return to play together between Ben and Michele, old friends, were interested in playing together again after a significant gap, but it wasn’t until they met up with Luca that they found the magic formula for the band’s genesis.

The ‘Two Margaritas at The Fifty Five’ EP is a journey through impulsive sounds, seasoned with a captivating melodic compartment. It was recorded at the Hypnoise Recording Studio under the careful supervision of sound engineer Filippo Galvanelli and mastered by Giovanni Versari at La Maestà Mastering Studio (Muse, Afterhours, Verdena, Calibro 35, Nic Cester).

This EP references everything that has been essential and musically formative for the trio – strong influences from the 90s and 2000s mesh tastefully with sounds borrowed from The Stone Roses and The Clash. Here, punk, grunge, indie rock and Britpop blend together under the clear influence of classic UK rock. The guitars are raw, well marked by the amps’ saturated and incandescent tubes, amalgamated by a pressing rhythmic compartment, sometimes on the frontiers of dance. The lyrics are inspired by the band’s daily experiences and the most impulsive and hidden outbursts, transformed into a stream of consciousness.

‘No One Cares’ is out today across online stores and streaming platforms, including Bandcamp at . The full album ‘Two Margaritas at the Fifty Five’ will be released on November 9, well timed with their London gig at The Unicorn Camden Live that very evening for Punk’n’Roll Rendez-Vous. You can find the Facebook event for that gig at www.facebook.com/events/2456377017739293 and order the full album via Bandcamp at https://elizabeththesecond.bandcamp.com/album/two-margaritas-at-the-fifty-five

by SPILL NEW MUSIC on November 23, 2020
KANSAS RELEASE NEW MUSIC VIDEO FOR “THE ABSENCE OF PRESENCE” INSIDE OUT MUSIC America’s legendary progressive rock band, Kansas, has released an [...]

by SPILL NEW MUSIC on November 20, 2020
DIRTY HEADS COVER THE BUFFALO SPRINGFIELD CLASSIC “FOR WHAT ITS WORTH” BETTER NOISE MUSIC Dirty Heads releases, “For What It’s Worth,” [...]