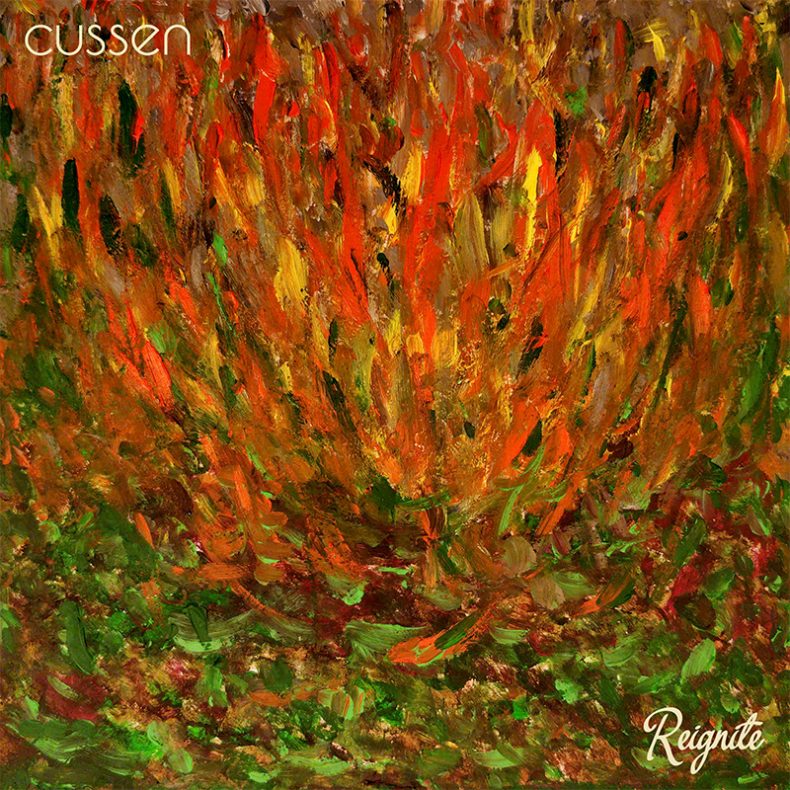 “Reignite” is Cussen’s first single of 2021, following the release of their distinctive debut album Faded Films in July last year. Written, performed and produced by founding songwriter Kieran O’Callaghan, the chamber pop project’s new track was recorded in O’Callaghan’s DIY home recording studio, against the backdrop of a locked down Cork City. Layered with drums and trumpets recorded by musicians across the Atlantic, “Reignite” deals with the volatility of remote relationships, underpinned by themes of encouragement and perseverance.

The single’s folksy intro is overlaid with a melodic slide guitar that cues up the opening question ‘Have you ever seen a war reignite bi-monthly?‘, before suddenly changing the track’s direction into an up-tempo rhythm, interspersed with jaunty horn sections. In true Cussen form, “Reignite’s” song structure begs to follow its own rules, unravelling organically to sonically represent its own version of events, with no apologies.

“Reignite” tells the story of a relationship withstanding unforeseen circumstances, pulling through and ultimately passing the acid test. It’s a journal entry that acknowledges the setbacks but also recognises new-found strength born from adversity.