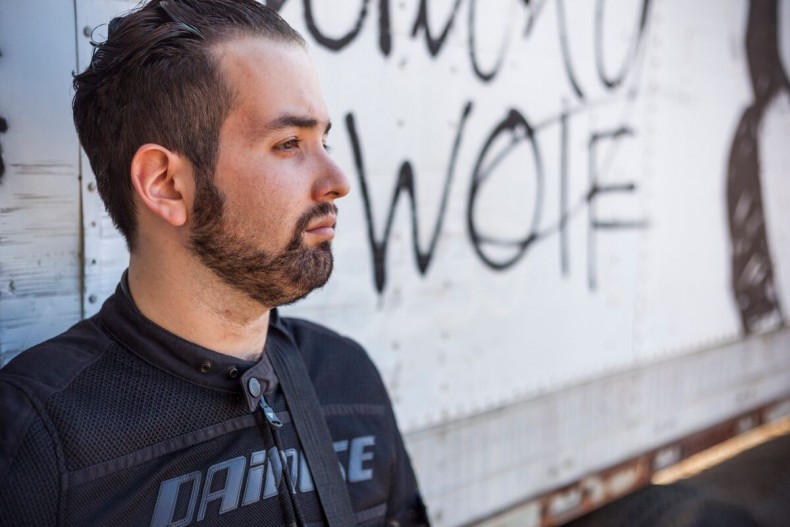 Charlie Wolf & The Small Calamities just released an album this past November and have a few new music videos lined up from it this year. The single “Different Directions” is a Spill Magazine Video Premiere — exclusive to Spill readers (that’s you)! Charlie comments on the 2015 release: “Making this album was a very intense process and unlike anything I’d ever done before, I was really pushed to my limits musically, creatively, mentally, financially, and physically making it. I’m really excited about what we created and for people to hear it and hopefully enjoy it.”

“I asked a director I knew, Pedro Correa, to come up with a concept for a new music video and he responded with ‘Well, I really want to superimpose your head onto as many things as possible’. I knew I had found a good match so we set out to make a very ambitious video with green screens, motion tracking, and 30 different actors. I’m really pleased with the way that it turned out, and I think it helps add a new dimension to the song.”

ABOUT CHARLIE WOLF & THE SMALL CALAMITIES:

Charlie Wolf & The Small Calamities are an indie rock band led by Texas-based singer/ songwriter Charlie Wolf. His unique observational storytelling style was inspired by folk music but he allowed rock and pop to define his energy and upbeat spirit. By turning everyday thoughts into compelling lyric ideas, he creates what has been called ‘a wry and catchy commentary’ and ‘observational folk pop’. This blend of genres makes for a very special approach to song-writing, as every track feels catchy and accessible, yet deep and thought-provoking all at once. His sound borrows from the roots of contemporary music to forge a compelling narrative that echoes the work of bands such as The Mountain Goats, The Weakerthans, Counting Crows or Tom Petty & The Heartbreakers as he finds beauty in the fragmentation of every day life. He is currently releasing a series of music videos and singles from his new album Angels & Commerce.