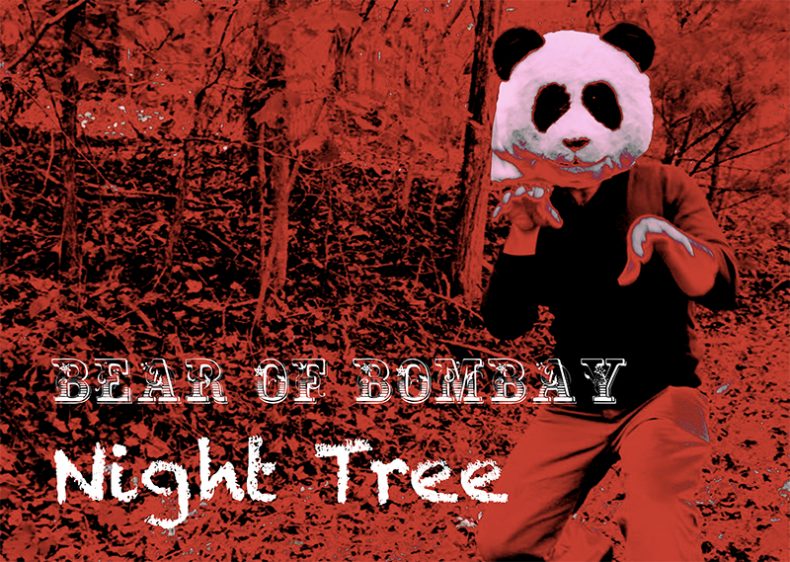 Moving between psychedelia and electronic music, the songwriter and musician Lorenzo Parisini launches his new solo project Bear of Bombay starting from the single “Night Tree”, excerpt from the EP Something Stranger, set for release in early 2021. Active in the Italian underground scene since the 90s and after having played at major festivals, sharing the stage with the likes of Mark Gardener (Ride), Lorenzo Parisini now starts a new course characterized by ethereal electric guitars and synth carpets, rhythmic loops and minimal harmonies, giving birth to a very personal hybrid of psychedelia, electronica, shoegaze and new wave.

Here and there Bear of Bombay music may remind of bands like LCD Soundsystem, Tame Impala, The Notwist and The Vacant Lots; but at the end of the day, this is an extremely original piece of art, remetabolizing new wave, 90s and 2000s indie-rock, contemporary psych-pop, dreampop, shoegaze and indietronica in a very personal way.

“I wrote this song on a summer night when I was alone in a mountain house near a big tree. I felt a certain uneasiness when I started composing the song, But as time went on, it was as if the sight of this big tree illuminated by the moon was transmitting to me a particular positive energy that I felt and that I tried to describe with music and words. So Night Tree was born.”  ~Lorenzo Parisini (Bear of Bombay)