SPILL TRACK OF THE DAY: THE CUNNINGHAMS – “COME ON” 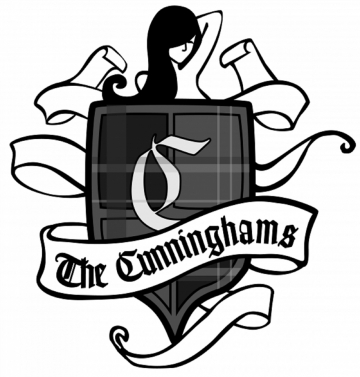 THE CUNNINGHAMS – “COME ON”

The Cunninghams recently performed some searing sets during Indie Week 2015.     Their “Fuzz In Your Face” attitude left one with no doubt that this is a band that will be moving up in the charts.  Watch out for them.

In November 2007, the First Family of High Class Rock and Roll was born.

Since then, The Cunninghams have made some stunning achievements. In April of 2008, they were the winners of the cross-Canada Mazda Muzik Tour Contest, which gave them the opportunity to open for legendary Canadian rocker Sam Roberts to a packed Opera House in Toronto. The band had several times taken the coveted Edge 102.1 street-front studios stage as part of its Steamwhistle Indie Music nights and were a regular act at some of Toronto’s most prestigious venues such as, The Horseshoe Tavern, The Hideout, and El Mocambo.

In November of 2008, the band released its debut E.P. entitled “That Oughtta Hold ‘Em” to mass critical acclaim; an album that the band felt, at the time, would be an almost insurmountable feat to surpass. However, the First Family of Rock and Roll, with their aptly-named sophomore effort entitled “High Class Rock and Roll”, has delivered. Recorded at Toronto’s legendary Phase One Studios, this unique accompaniment of thunderous rockers and soulful ballads had fans salivating continuously for just under 28 minutes.

In 2010, Alan Cross asked The Cunninghams to feature their single “Gunblaster” on his Explore New Music Podcast, and the band was subsequently featured on in several articles (see Press section of this EPK). In the summer of 2011, the band released their latest E.P. for free electronic download, which included the singles, “I,I,I” and “You Don’t Know”.

In late 2011, the band went into the studio with accomplished producer/engineer Mike Langford (Age of Days) to record their high-energy single, “20CCB”. They went on to perform at Canadian Music Week ’12 and NXNE ’12 in support of their new material. After a few line-up changes, the band continued to play all over the GTA (and beyond) and began writing new material for an upcoming release.

SPILL TRACK OF THE DAY is published daily, showcasing the best in recent independent releases, with a focus on the Toronto Indie Music Scene. We also feature tracks from across Canada and around the World, including Canadian francophone releases. Remember -- you heard them here first. ;)
RELATED ARTICLES
torontotrack of the day

by Gerrod Harris on March 3, 2020
RETURNING THE EL MOCAMBO TO ITS FORMER GLORY THE MONUMENTAL RETURN OF AN ICONIC TORONTO VENUE Since 1948, The El Mocambo has [...]