SPILL TRACK OF THE DAY: SAVAGES – “THE ANSWER” 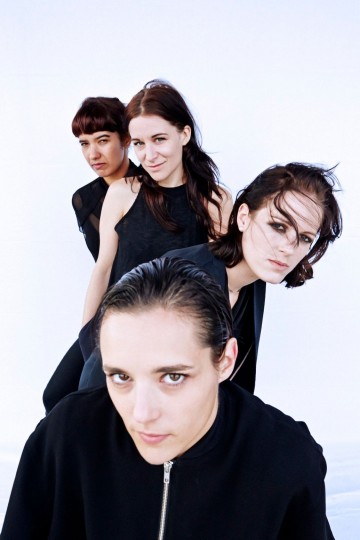 Savages’ second album, Adore Life, was recorded at RAK Studios, London in April 2015. Johnny Hostile was the producer and Richard Woodcraft the engineer. Anders Trentemøller took care of the mixing in Copenhagen.

“We’ve observed our audience all around the world and noticed that something is happening. People want to be pushed to do good, or to be good, or just to feel good. We wanted a very intense video, that felt like banging your head against the wall, focusing on our audience: a portrait of our crowd, an homage to music lovers and the good people who are coming to gigs and shouting their lungs out, or just smiling at the back. We were touched by them every night, and wanted to get their message out there: loud guitar music is still alive and still connects people.” -Savages

The video was directed by Giorgio Testi at Pulse.

SPILL TRACK OF THE DAY is published daily, showcasing the best in recent independent releases, with a focus on the Toronto Indie Music Scene. We also feature tracks from across Canada and around the World, including Canadian francophone releases. Remember -- you heard them here first. ;)
RELATED ARTICLES
adore lifematador recordssavages
4.0

by Robert Defina on January 22, 2016
Savages Adore Life Matador Records If Evanescence and Muse baked a cake but missed a few ingredients, it would taste like Savages sounds. Their collaboration of dark metal influence over indie [...]