SPILL TRACK OF THE DAY: REBEL HERO – “FOOT IN THE GROUND”

New Music
112
previous article
SPILL TRACK OF THE DAY: THE ROSEVILLE BAND - "WHAT YOU LIVE FOR"
next article
SPILL BOOKS: MIKE EVANS - VINYL: THE ART OF MAKING RECORDS 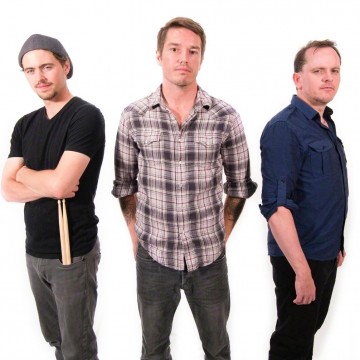 REBEL HERO – “FOOT IN THE GROUND”

Rebel Hero is an Alt Pop/Funk Rock band from Toronto Canada. If you like Kravitz, Jeff Buckley, RHCP, I Mother Earth, Black Crows, and Winery Dogs, then you’ll find something special in Rebel Hero. Since their inception in 2012, RH has been featured on 94.9 The Rock’s Generation Next, CBC’s televised coverage of the Sochi Winter Olympics, and Humber, York, and Ryerson University Radio. They opened for the late Bobby Keys (Rolling Stones saxophonist) at the Sound Academy and shared the stage with other legends such as Dan Baird (Georgia Satelites), Michael Webb (John Fogerty) and Robert Kearns (Lynryd Skynryd). They have played feature slots in two of Toronto’s most coveted music festivals, Indie Week and NXNE, and they worked with Mike Turner (former guitarist and founding member of Our Lady Peace), who stepped in to produce a debut EP for the band. The EP’s title track, “Superstar Junki”, went on to capture the attention of critics at Canadian Music Fest, making it to the top five out of thousands of song submissions. Live, the band is simply not to be missed. Musicianship, catchy hooks, danceable rhythms, and the right amount of heart and soul make an RH show a must see.

RH features singer-songwriter-guitarist @TysonFroese, bassist Justin Faragher, and drummer Alex Van Briggle. Each have performed countless shows across Canada and the United States and their comfort and ease with performing shines through on stage. The group began after Froese took a creative hiatus from WAXMEN (winners of TIMA’s Best Alt-Rock 2010) and recorded a solo record that included a cover of “Baby Blue” by Canadian icons Chilliwack. It was as tribute to his late father Howard, who was a former member of the band and who wrote a beautiful acoustic guitar solo for the song. Froese’s rendition of it caught the attention of Bill Henderson, Chilliwack’s leader, and he was asked to perform at CBC Presents Chilliwack’s 40th Anniversary concert in Vancouver and shortly after at Sound Academy in Toronto. Froese played with veritable Canadian music royalty, and impressed musicians and fans alike with his guitar prowess. This was the impetus behind his decision to start a band and he approached his good friend Justin Faragher with the idea. Faragher is known to be one of the most impressive, jaw dropping bass guitarists in the Toronto indie music scene, and is a consummate touring professional. He plays large festivals with an internationally renown tribute act and has logged more recording and performing hours than most musicians twice his age. He happily joined the project and the two found drummer Tom Paulovitz (who recorded on the Turner produced EP). Together they performed the first few RH shows to great success, but shortly after this the group found it was growing in different directions. Alex Van Briggle (from The Reed Effect) then joined to take over the drumming duties and his enthusiasm, technically impressive drumming, and tight funk style fit the band perfectly. His fresh energy pushed the band’s songwriting in new directions and proved to be a rhythmic glue, binding the bands sound together. His moments of commanding solo parts leave audiences applauding for more, and Froese and Faragher seem to feed off his presence and shine brighter because of it. Together, the three have carved out a reputation for being a band on the rise, one not to be missed.

SPILL TRACK OF THE DAY is published daily, showcasing the best in recent independent releases, with a focus on the Toronto Indie Music Scene. We also feature tracks from across Canada and around the World, including Canadian francophone releases. Remember -- you heard them here first. ;)
RELATED ARTICLES
independentrebel herotrack of the day