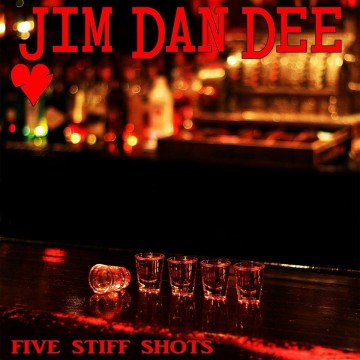 Well folks, it’s almost Halloween, so what better selection for today’s Track Of The Day than a Spooky Halloween Edition?  So here you have it:  fresh off the press, Jim Dan Dee releases its updated version of “Friends”, a choice track from Five Stiff Shots.

Of the song, lead singer and guitarist James Stefanuk writes:  “The same imagery comes up again and again: mad doctor cackling on a hilltop, lightning zapping through some gigantic antennae-like device to bring the corpse to life.  I believe that his is more than just a popular story.  It speaks of the moral dilemma we have with resurrection, and the one ingredient that we all believe we need to make it happen: immense power.  One and a half million volts might do the trick.  But we’d have to be mad to use it.”

SPILL TRACK OF THE DAY is published daily, showcasing the best in recent independent releases, with a focus on the Toronto Indie Music Scene. We also feature tracks from across Canada and around the World, including Canadian francophone releases. Remember -- you heard them here first. ;)
RELATED ARTICLES
five stiff shotsfriendshalloween