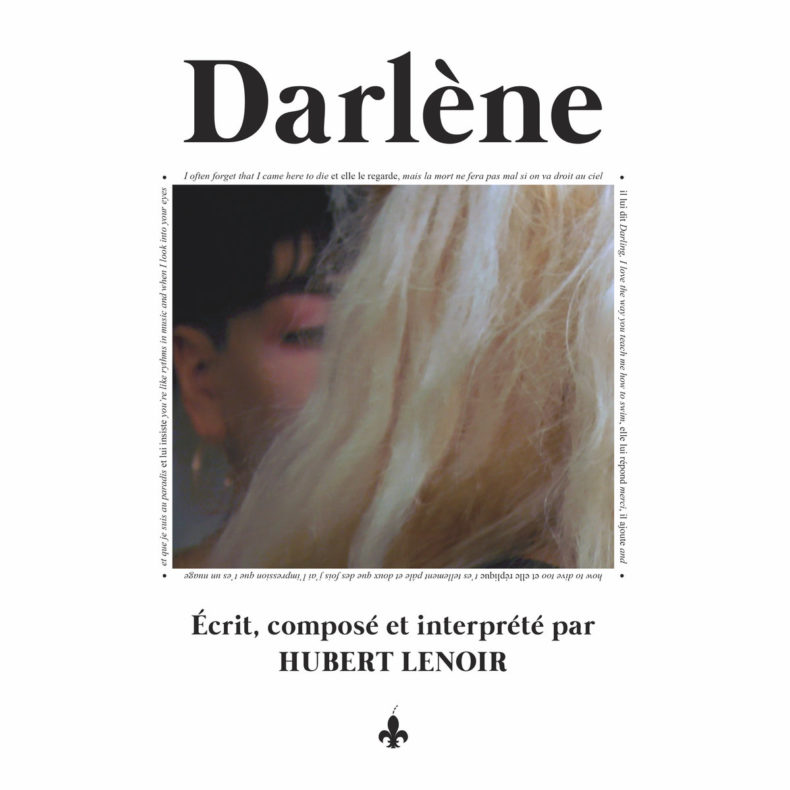 Polaris Music Prize Long List nominated album Darlène comes complete with a set of over a dozen genre-describing tags. From glam rock, to psychedelic rock, to jazz, to R&B, this album defies categorization. The ultimate standout track however is the grand finale to this stunning concept album. “Si on s’y mettait” will leave you resisting the urge to sway your arms back and forth in the air while melting into Lenoir’s dreamy Marc-Bolan-cum-Rufus-Wainright vocals. If you happen to be in the area on July 5, be sure to catch Lenoir at the Festival d’Été de Québec.

The “Darlène” projet consists of a novel by Noémi D. Leclerc as well as a concept album written and produced by Hubert Lenoir. Best friends and life partners, Leclerc and Lenoir each wrote singly before discovering they were in actuality telling the same story.  Darlène saw the light of day in less than a year thanks to a combination of hard work, upheavals, successes, insomnia and fast food. It speaks of emancipation and love. Mutual friend Gabriel Lapointe honed his artistic talents by illustrating a film as well as creating a series of accompanying artwork.

Trish Melanson lives in the Toronto area with her three boys, Nicholas, Justin, and Eric, her dog Jakkson, and her cats Max and Jagger. She is the former host and producer of Canadian Kickass, a weekly two hour radio show on New Jersey's Chestnut Radio, showcasing Canadian Music. She is also a former Web Content Manager of Indie Soundscapes, an online showcase for Independent Music Artists Worldwide, and was a regular music contributor to The Stroumboulopouli. She is a fervent supporter of the Toronto live music scene. In a past life she was a teacher and Vice Principal in Durham Region. She has many more new and exciting projects waiting in the wings. ;)
RELATED ARTICLES
festival d'ete de quebecglam rockhubert lenoir