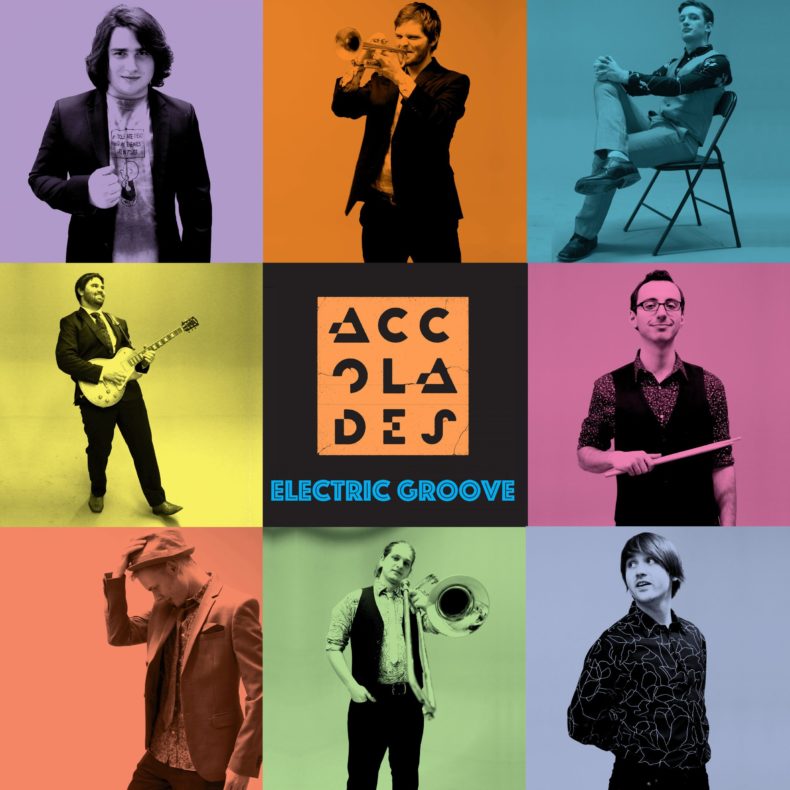 Accolades are an eight-piece Funk-Fusion band taking over their hometown, Toronto. Having spent years honing their skills in some of the best music programs of the city, primarily the Humber and York University Jazz programs, and in some of Toronto’s most renowned venues, such as Lee’s Palace, The Hideout or the Horseshoe, the collective has cultivated a unique upbeat sound that incorporates elements of Progressive Rock, Funk, Jazz, and RnB music. The outcome has proven to be furiously dynamic and packed with gleeful energy, providing a live experience likely to make you swerve those hips! Since being signed to the independent label Akashic Rekords in early 2018, the Accolades have been working on the release of their second EP, Whatchu Got?”, a follow-up to their debut self titled and self released EP

In the last two years since that release, the band has been building up momentum, and plans to take the scene by storm with their new single, “Electric Groove”, featuring World class trumpet player Alexis Baro, whose many years of experience helped lift the song to a new level while adding a touch of Cuban Jazz to their Funky beat.

A mix of images taken on the rooftop of a great Toronto building, and of the band recording the song in one of the greatest studios of the city, its music video showcases the technical maestro of the Accolades, while demonstrating their captivating performance skills, and their attachment to their magnificent city.”