SPILL TRACK OF THE DAY: WESTWARD – “EMPIRE OF DECEPTION” 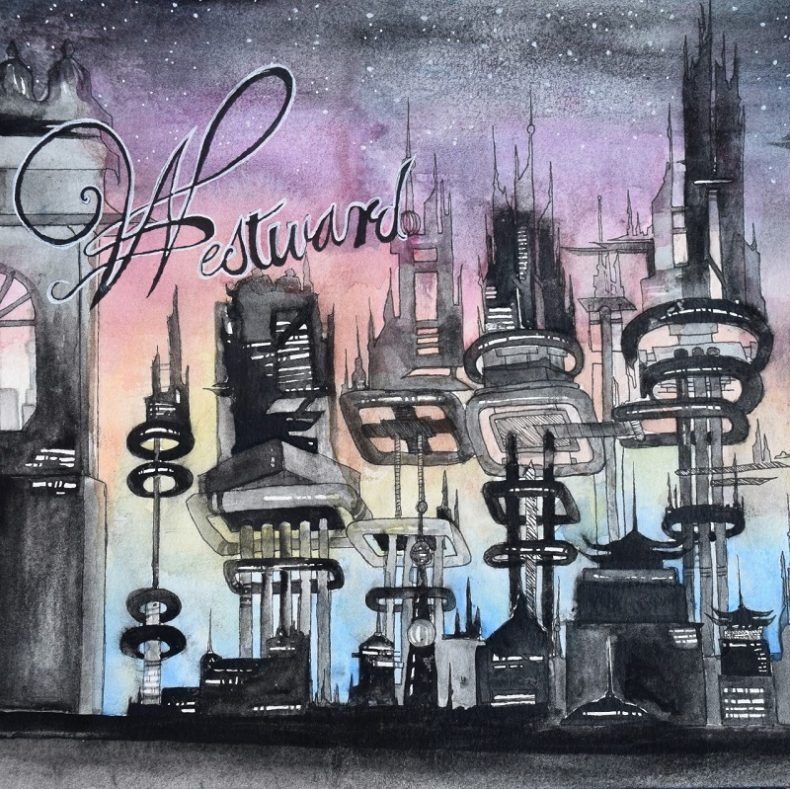 When these three musicians first got together in January of 2013, everything clicked immediately and fans quickly crowned their music “Cowboy Space Rock.”  This is primarily because Westward’s original songs are flavored with a mixture of western trail music combined with modern rock… and every song takes listeners on a musical journey through time and space.  Westward’s music has been influenced by bands such as Muse, Wilco, Led Zeppelin, Jack White, Marty Robbins and Dick Dale.  Their influences also go back as far as Nat King Cole, The Ink Spots and The Andrew Sisters.

In 2013, the Salt Lake City based rock band, Westward, began performing shows all over the state of Utah. Their genre, affectionately referred to as “cowboy space rock” by their fans, is uniquely demonstrated on their first full length album, “The Deadly Rapture of Space” which was released in March of 2015. Their 2015 “Deadly Tour,” expanded their reach from Utah to Idaho, Nevada and southern California.

Over the past three years Westward has shared the stage with other popular touring bands such as Cheers Elephant from Philadelphia, Purple from Beaumont, Texas, The Redwood Plan from Seattle and Crobot from Pottsville, PA. Westward has also been busy with some significant charitable work that includes partnering with the Utah Jazz of the NBA for a charity event to benefit under privileged children, and participating in fundraising activities for a humanitarian trip to Guatemala.