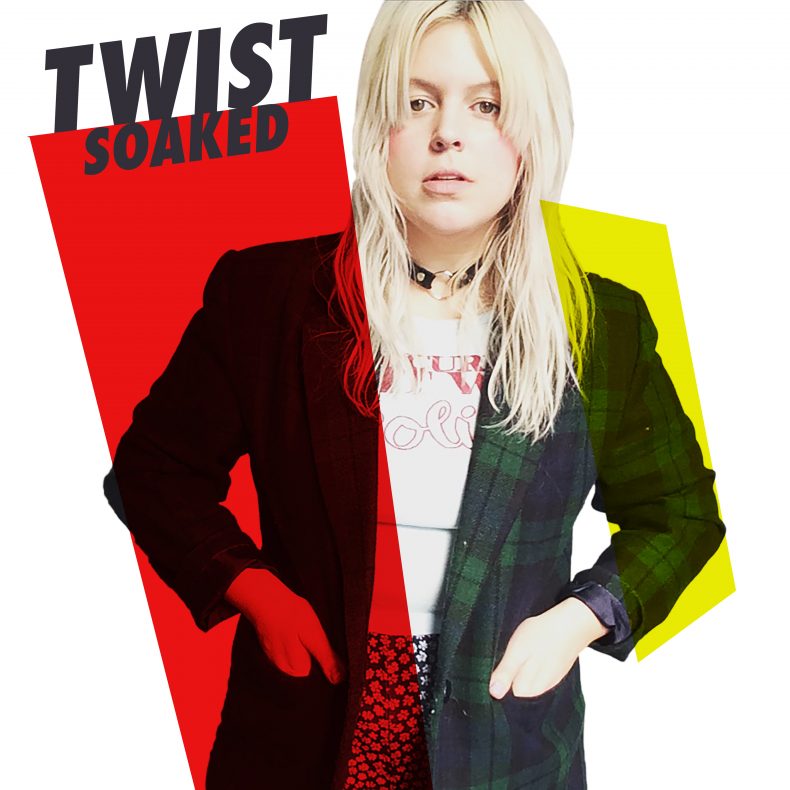 Toronto’s Twist was first conceived in late 2013 as a collaborative project between songwriter Laura Hermiston and Brian Borchedt of Holy Fuck. The pair met as Hermiston’s earlier band was dissolving and Borchedt was in a gap between releases with his other projects, and began with Borchedt working as a producer on a handful of Hermiston’s songs until, owing to their mutual enthusiasm for the early results, their creative relationship deepened into something more like a partnership. Working primarily out of Borchedt’s apartment the pair recorded and released a series of singles in late 2014 that garnered praise from VICE, Nylon, Brooklyn Vegan and Spin among others. Though touring briefly as a two guitar and drum machine driven duo, this early attention prompted a transition from a two-piece set up into a full live band, with Borchedt resuming a more behind-the-scenes role as the band hit the road more frequently, playing dates with TOPS, Crocodiles and Wreckless Eric.

Twist’s newest single, “Soaked,” is in part a result of the relationships forged during this period, featuring guitar work from Crocodiles member Charles Rowell. According to Hermiston the track came about as a result of her re-approaching some older recordings.

“I was in the middle of mixing some tracks I’d worked on with Brian and I was struggling with re-mixing songs that were 2-3 years old to me and matching the vibe to newer songs, ” she says. “I felt a bit lost and alone and was worried I was wasting time re-mixing tracks that didn’t need to be touched. I wanted to write something about that feeling and I had spoken to Charlie about working on songs together, so I wrote Soaked keeping in mind wanting to collaborate with him. I recorded in my apartment and then sent Charlie the song and he sent back a lead guitar track. A few weeks later I went to NYC and connected with Jennie Vee and Richie Rose in their home-studio and showed them this song. Pretty much right then and there Richie added some more percussion, Jennie added bass and backup vocals, and Richie did a final mix. It all came together effortlessly, stress-free, and was chock full of good vibes collaborating with musicians I respect and admire.”

With the single Twist have announced their signing to Buzz Records, and a spring tour that includes dates with Peach Kelli Pop, Chastity Belt and Dilly Dally. There are full details below.

SPILL TRACK OF THE DAY is published daily, showcasing the best in recent independent releases, with a focus on the Toronto Indie Music Scene. We also feature tracks from across Canada and around the World, including Canadian francophone releases. Remember -- you heard them here first. ;)
RELATED ARTICLES
holy fucktotdtrack of the day

by Aaron Badgley on August 31, 2018
SLEEPLESS A CONVERSATION WITH COLIN NEWMAN & MALKA SPIGEL OF IMMERSION Immersion is a band that has been around for quite some time. Their debut [...]