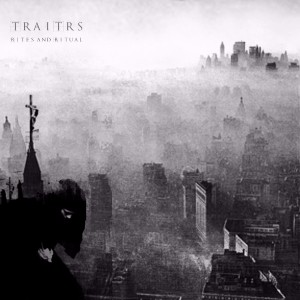 Traitrs are a Toronto-based band comprised of Sean-Patrick Nolan and Shawn Tucker. Long-time friends, the pair formed as Traitrs in mid-2015. Initially conceiving of the band primarily as a recording project they rapidly amassed a collection of demos that caught the attention of Toronto producer Josh Korody (Dilly Dally, Beliefs, Moon King, Fucked Up), and began working with him during sessions at his Candle Studios in January of 2016. With Korody’s guidance the band set about expanding their sound, adding textural depth to their arrangements and weight to their rhythm section, transforming their stripped-down home recordings into a collection of propulsive, goth-influenced post-punk that immediately recalls acts like Sisters of Mercy, Bauhaus and Pornography-era Cure. The album was almost complete when singer Tucker slipped on black ice and badly broke two ribs. He was bed-ridden for several weeks and wrote the album’s lyrics under heavy sedation while locked in an all day cycle of occult cinema. “It kind of broke me physically and mentally.” says Tucker. “All my days flipped into nights and I started filling my time with Italian horror films. I watched everything by Fulchi, D’Amato, Bava and Argento. Then I moved on to 70’s occult films like The Devils, Twins of Evil and La Endemoniada interlaced with 80’s slasher films. I watched films unceasingly and scrapped down lines for nights on end. The lyrics are littered with occult madness, sacrifices, purity, piety, witchcraft, mid-century religion, ghosts and death. I have no recollection of writing any of it.” 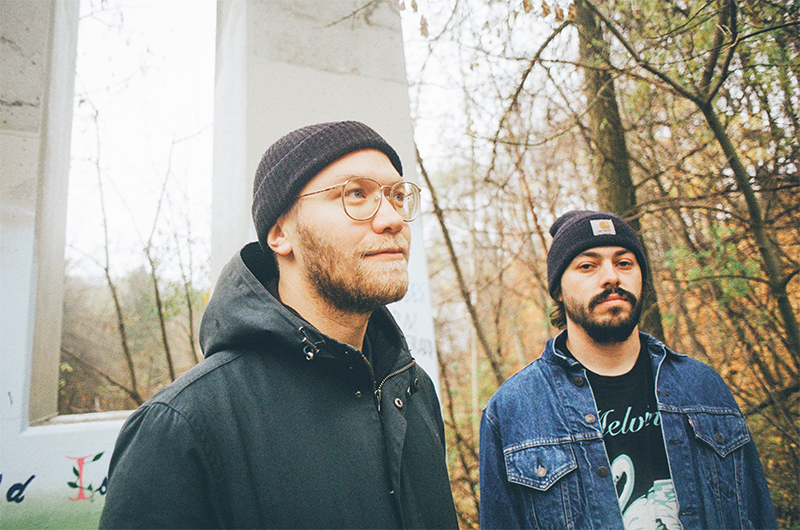 These sessions became the band’s debut EP Rites & Ritual. The EP’s first single “Witch Trials” reflects the development that occurred during their time at Candle, and according to Nolan was among the first songs they worked on together and one that set the tone for project. “We always had an idea of how we wanted Traitrs to sound and ‘Witch Trials’ was the first song we wrote that met our expectations,” he says. “We recorded it at Candle with Josh Korody and the whole thing has been one of the best experiences we’ve had. The vibe at the studio is amazing and Josh truly is one of the best producers in the city. He’s able to pick up on nuances and textures before we hear them and he knows exactly what a track calls for, it could be the tiniest thing but it makes a world of difference to a song and brings it to its full potential.”

Rites & Ritual will be available June 24th on Pleasance Records.

The EP is available for preorder here.

by Matt Owczarz on November 28, 2019
THE DIRTY NIL @ THE PHOENIX CONCERT HALL, TORONTO NOVEMBER 28, 2019 Rejoice! The prodigal sons have returned! The Dirty Nil rolled into the Phoenix Concert Hall in [...]