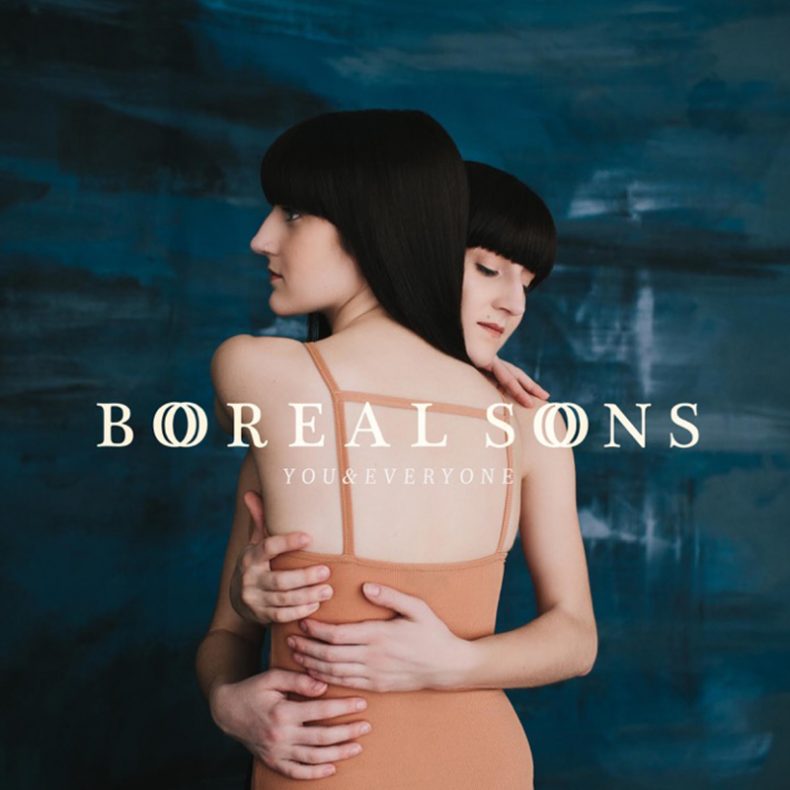 It’s been three years since the Calgary-based, sublime art-rock band, Boreal Sons have released a record. Their upcoming album, You & Everyone is out on September 30, 2016 and taps into a band, refined and coming out swinging.

Today, Boreal Sons reveals album opener “What Becomes”. A synth-heavy, imploring track, sets the tone of a band going forward. Parting with their guitarist soon after the band wrapped their UK tour in 2014, the group decided to forego replacing him and rather, recalibrated as a more streamlined three-piece. Temper that loss with personal loss; lead singer/piano/synth player, Evan Acheson has attended six funerals in the past year: and you have a band, already born to deliver heavy lyrics alongside lush melodies, unconventional chord structures and arrangements, suddenly bearing some bigger burdens.

Recorded by Jonathan Anderson (Andy Shauf, Aidan Knight, Jordan Klassen) at Protection Island in B.C., not one guitar appears on the new record. In 2014 the band competed in the inaugural Peak Performance Project in Alberta, reaching the Top 12. Boreal Sons released their debut EP in 2010 entitled, Whom Thunder Hath Made Greater, and in 2011 they released Bedtime Briar. Threadbare the band’s debut album, followed in 2013.

Boreal Sons also announce select Canadian tour dates, that coincide with the release week of You & Everyone. The band has also chosen to ethically source their merchandise through USA-made products from American Apparel and Velva Sheen. Just as they carefully craft their music, the band meticulously designs, hand draws and silk screens their merchandise with imagery inspired by the same environment from which they take their name.