SPILL TRACK OF THE DAY: TIM MUDDIMAN AND THE STRANGE – “GLASS QUEEN” 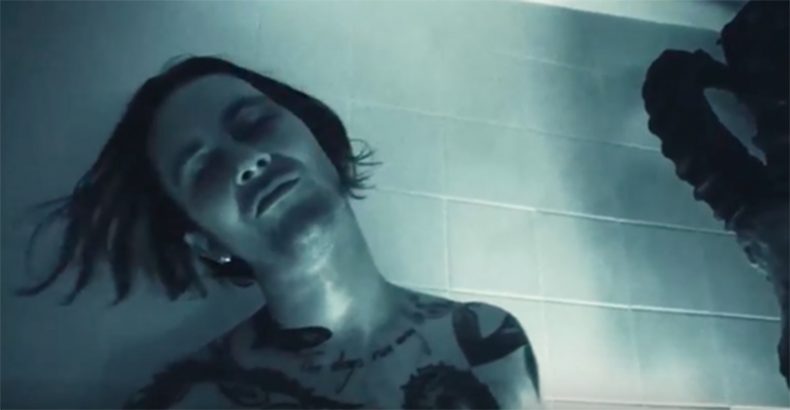 Tim Muddiman releases his fourth single “Glass Queen” on August 6TH via Believe Digital prior to the official release of the band’s debut album Paradise Runs Deeper out later this year.

Influenced by artists like Nick Cave, NIN, Nirvana, Deep Blues, Nina Simone, Adam Ant and Hip Hop. It’s evident with tracks like G”lass Queen” that Tim has began to create his own sound with such a broad listening pallet.

The video was made by Tim, Adam Fitch and Aasen Stephenson of Death House, who have become an artist collective for the visual elements behind he project. A dark, sinister and sometimes humorous film gives a small insight into the mind of Tim Muddiman and The Strange.

The darkness portrayed in the film, parallels the underlying shadow that is tracks subject matter.

Tim is long time member of electronic pioneer Gary Numan’s band and is also producer and guitar player for Pop Will Eat Itself. Between shows with both bands Tim plays his album in full at The Lexington in London on the 4th September.  Tickets can be found HERE.

SPILL TRACK OF THE DAY is published daily, showcasing the best in recent independent releases, with a focus on the Toronto Indie Music Scene. We also feature tracks from across Canada and around the World, including Canadian francophone releases. Remember -- you heard them here first. ;)
RELATED ARTICLES
gary numanpop will eat itselfpwei

by Aaron Badgley on May 11, 2018
Tim Muddiman And The Strange Domino Blitz Gun Street Music In many ways, this is what Woody Guthrie would have sounded like if he was young and alive today. That is not to [...]