SPILL TRACK OF THE DAY: THE SPLIT SECONDS – “IF I WAS YOU” 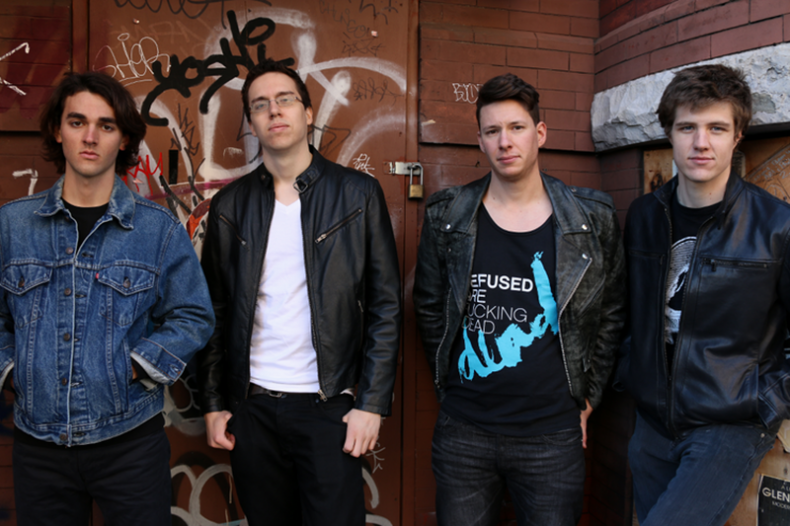 THE SPLIT SECONDS – “IF I WAS YOU”

DC-based pop-punk band, The Split Seconds, drop their new video, “If I Was You,” from their self-titled album, out now. Since their first show only a year ago, The Split Seconds have showcased their “top-notch punk rock” (The Deli Magazine) at a multitude of well-known DC music venues, including DC9, The Treehouse Lounge and The Wonderland Ballroom, among others, and received airplay on WMUC Radio.

Founded by former Coastals and Boardroom Heroes guitarist Drew Champion in 2015, The Split Seconds were rounded out by Sean Peterson (drums/vocals), Alex Massi (guitar/vocals) and Tristan Sahwell (bass). The foursome bring a “revival of 1970s era punk with a sound that’s fast, simple, catchy and bold,” (The Writers Bloc). Much like the sound of their influences, the band’s name is a reference to the stripped down, fast-paced stylings of their idols, such as The Buzzcocks, The Clash, Generation X and The Damned.

SPILL TRACK OF THE DAY is published daily, showcasing the best in recent independent releases, with a focus on the Toronto Indie Music Scene. We also feature tracks from across Canada and around the World, including Canadian francophone releases. Remember -- you heard them here first. ;)
RELATED ARTICLES
the split secondstotdtrack of the day

SPILL MUSIC PREMIERE: THE SPLIT SECONDS – “WHERE HAVE ALL THE GOOD MEN GONE”