SPILL TRACK OF THE DAY: SILVERBACKS – “JUST FOR A BETTER VIEW” 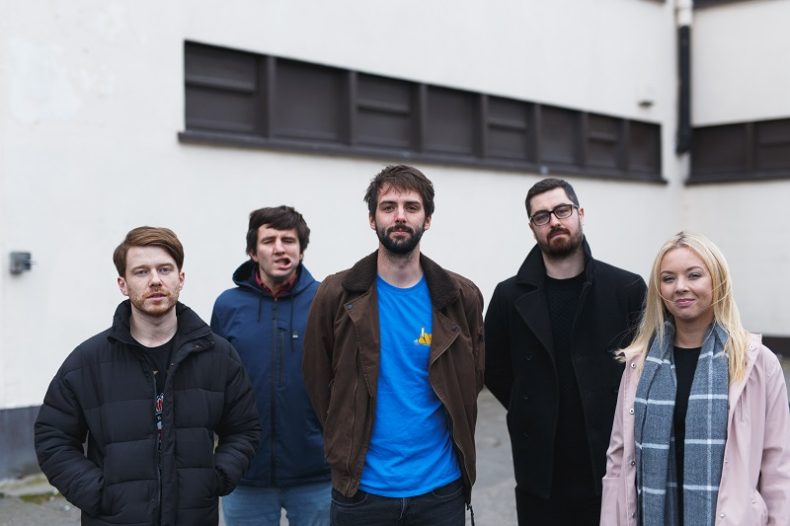 SILVERBACKS – “JUST FOR A BETTER VIEW”

Hailing from Dublin, Silverbacks are a thrilling prospect, delivering their own louche take on NYC-indebted rock. Now a full-fledged five piece after graduating from the bedroom project of songwriting brothers Kilian and Daniel O’Kelly, they ply their trade with as much emphasis on the dry humour running through Daniel’s lyrics as the propulsive, triple guitar-led onslaught in their music.

This year’s Sink The Fat Moon EP had the band lighting up their homeland’s media outlets, with nods from BBC’s Across The Line, The Irish Times, The Thin Air and Nialler9 amongst others. Ever industrious, the band enlisted the help of Stephen Byrne from Lamplight Studios to help flesh out their latest batch of demos. Just for a Better View is the result of their efforts.

Raw and visceral, it’s the sound of a fledgling band hitting their stride. With touches of Television and Pavement, the band hammer through the song as if their lives depended on it while Daniel ruminates on an all too prevalent theme in today’s world – the real cost of a better view.

“Just For A Better View’ is a song we wrote earlier this Summer. The song is inspired by visits made to large cities. It questions the very negative effects of gentrification and city-planning at the hands of negligent government officials for the sake of a better view.”