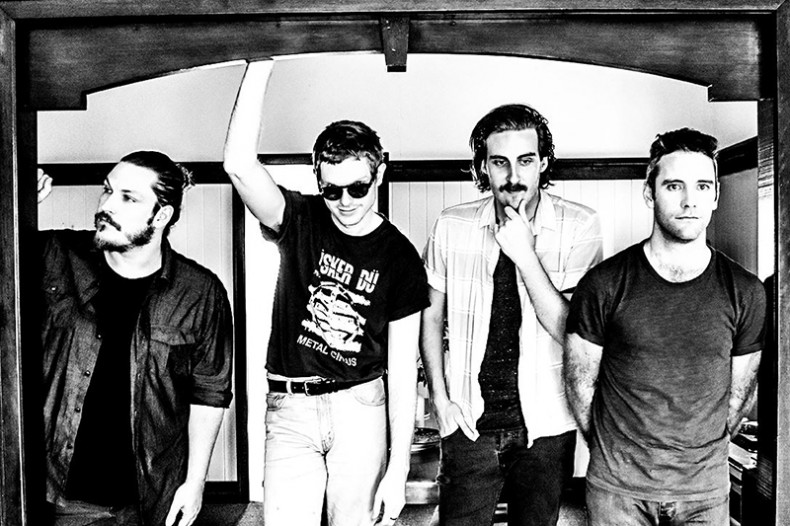 After a stellar introduction with their standout singles “Coming Back To You” and “Loose People”, Brisbane-based indie-pop quartet Sans Parents have just released their third single “Can’t Stop Moving” lifted from their forthcoming debut EP (due May 2016) and engineered / produced by Ball Park Music frontman Sam Cromack.

“Can’t Stop Moving” is reminiscent of 70’s inspired pop-rock and new wave likened to Big Star, Split Enz and The Cars, whilst melding sounds from more recent eras that allude to indie-rock favourites Teenage Fanclub and The Shins.

The bands previous singles received strong support via worldwide blogs and radio including ‘Loose People’ peaking at #1 and #5 respectively on the AMRAP Metro & Regional Charts and triple j adding the track to full rotation.

In the coming weeks the quartet will also be revealing an accompanying music video.

“Can’t Stop Moving” is now available to stream via Soundcloud.

SPILL TRACK OF THE DAY is published daily, showcasing the best in recent independent releases, with a focus on the Toronto Indie Music Scene. We also feature tracks from across Canada and around the World, including Canadian francophone releases. Remember -- you heard them here first. ;)
RELATED ARTICLES
brisbanetotdtrack of the day