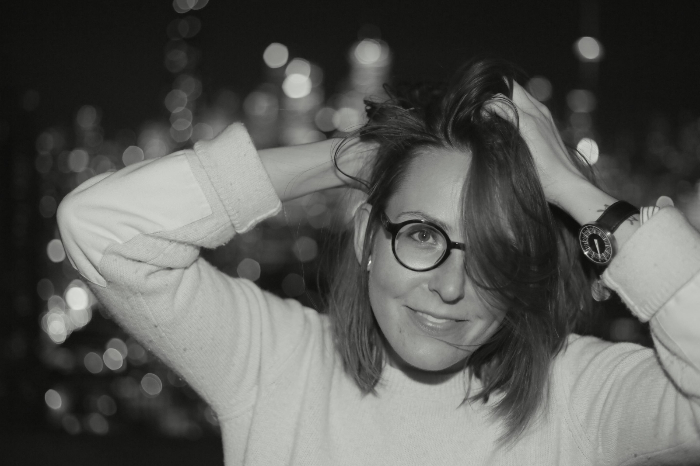 Princess Century (Austra’s Maya Postepski) is set to release Rendezvous on March 25th via Paper Bag Records.  Pre-order Rendezvous on vinyl here. “Rendezvous is an EP comprised of tracks that are a departure from what I normally do,” says Postepski. “The tracks didn’t quite work on the album (Progress) but I felt they shared a weird Krauty-EDM vibe. The artwork was done by Faye and Gina in Paris. I love the concept they tied in with the single, Rendezvous: a meeting with someone that is arranged for a particular time and place and that is often secret.”

Maya Postepski never stops. An active member of the Toronto music scene, she has been making music for over 10 years, currently as part of electronic group Austra (Paper Bag Records/Domino). She is a prolific remix artist, DJ and she co-wrote and produced TRST with Robert Alfons as Trust (Arts & Crafts).

This project is the outlet for her genre-crossing experiments that take us on a journey through minimalist cosmic disco psychedelia, crossing through glacial poly-rhythmic territories soaked in dark dripping goo. Shooting stars and icicles glimmering weave a reflective thread through each track while mechanical pulses ground soaring delicious keyboards that could melt the heart of a cobra.  Do not be afraid! Close your eyes and allow the warm synthesizer liquid to seep through your veins and take you into a far away galaxy of love, lust and passion.

SPILL TRACK OF THE DAY is published daily, showcasing the best in recent independent releases, with a focus on the Toronto Indie Music Scene. We also feature tracks from across Canada and around the World, including Canadian francophone releases. Remember -- you heard them here first. ;)
RELATED ARTICLES
paper bag recordsrendezvoustotd
8.0