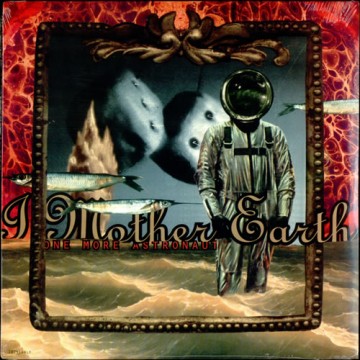 I MOTHER EARTH – “ONE MORE ASTRONAUT”

Just in case you haven’t heard the news by now, I Mother Earth announced plans today for a twenty year reunion gig celebrating the release of their 1996 album, Scenery And Fish,  at The Phoenix Concert Theatre in Toronto.  The show will reunite them with original front man Edwin, who parted ways with the band shortly after the album’s release.

For today’s #totd, we at Spill Magazine would like to take you back twenty years to IME’s double platinum selling second album, Scenery And Fish.  If you’re in the Toronto area on June 3, be sure to check out the show at The Phoenix as well.

Trish Melanson lives in the Toronto area with her three boys, Nicholas, Justin, and Eric, her dog Jakkson, and her cats Max and Jagger. She is the former host and producer of Canadian Kickass, a weekly two hour radio show on New Jersey's Chestnut Radio, showcasing Canadian Music. She is also a former Web Content Manager of Indie Soundscapes, an online showcase for Independent Music Artists Worldwide, and was a regular music contributor to The Stroumboulopouli. She is a fervent supporter of the Toronto live music scene. In a past life she was a teacher and Vice Principal in Durham Region. She has many more new and exciting projects waiting in the wings. ;)
RELATED ARTICLES
edwini mother earthphoenix concert theatre

by Trish Melanson on June 3, 2016
I Mother Earth @ The Phoenix Concert Theatre, Toronto June 3, 2016 What a night. I Mother Earth, celebrating the 20th anniversary of the release of their album Scenery [...]