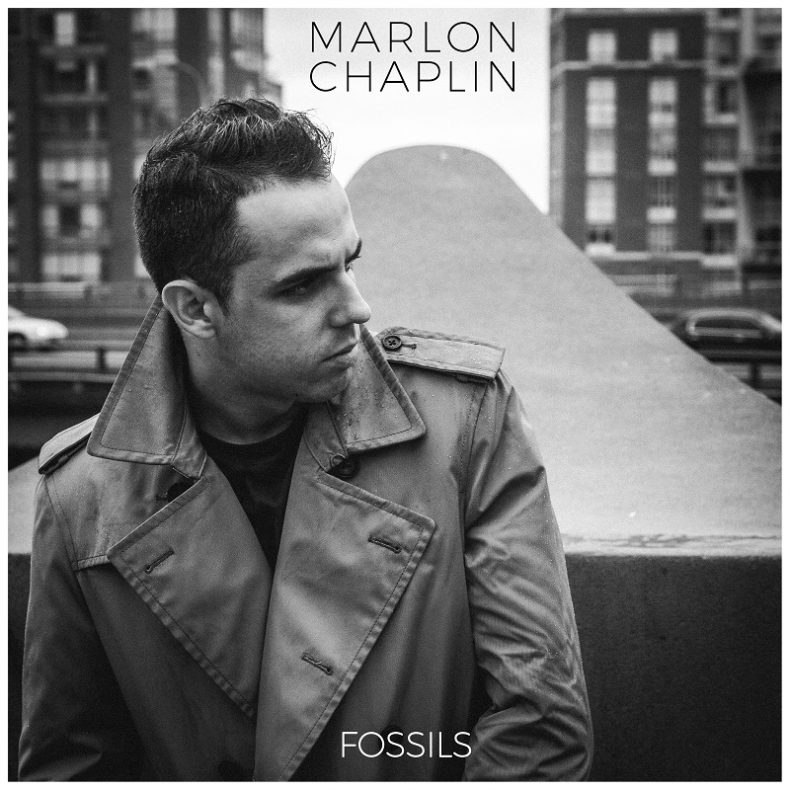 In May of 2016, he released his debut EP Wanderer By Trade which was comprised of 6 songs, exploring themes of disconnect, inner turmoil and the dichotomy of reconciling two human desires often at odds with one another; autonomy and connection.

October 7th, Marlon released a new single “Annabelle + Someone” which was a notable departure from the loose, live off the floor feel of Wanderer by Trade. Where that previous release utilized acoustic guitars, mandolin and fiddle, “Annabelle + Someone” centres around angular electric guitars, a weaving synthesizer and penetrating drums – all underscored by a sorrowful lyric of cautionary regret.

“Your wall of memories on clothes line,
Hangs in shadows and recedes,
Fossils buried in the flatlands,
Who’s next to dig it up for me?” ~ Marlon Chaplin “Fossils”

November 7th, Marlon will release an emotively stunning ballad “Fossils”.  Drawing on colourful production techniques and an all encompassing, expansive sound, “Fossils” is psychedelic folk. The song was produced by Marlon Chaplin and Ewan Kay (Austra, Moon King) and engineered/mixed by the latter. Painting a sonic landscape that manages to be simultaneously mammoth and subtle; it is a natural progression from the acoustic based but more idiosyncratic EP Wanderer By Trade.

Following their digital releases, “Annabelle + Someone” and “Fossils” will available as an A side/B side 45 in the Spring of 2017.

“I think of my musical output as a tapestry, one day I can stand back from it and it creates a big painting…I feel like I’m at the beginning of it still.”