SPILL TRACK OF THE DAY: LITEYEARS – “STAY THE NITE” 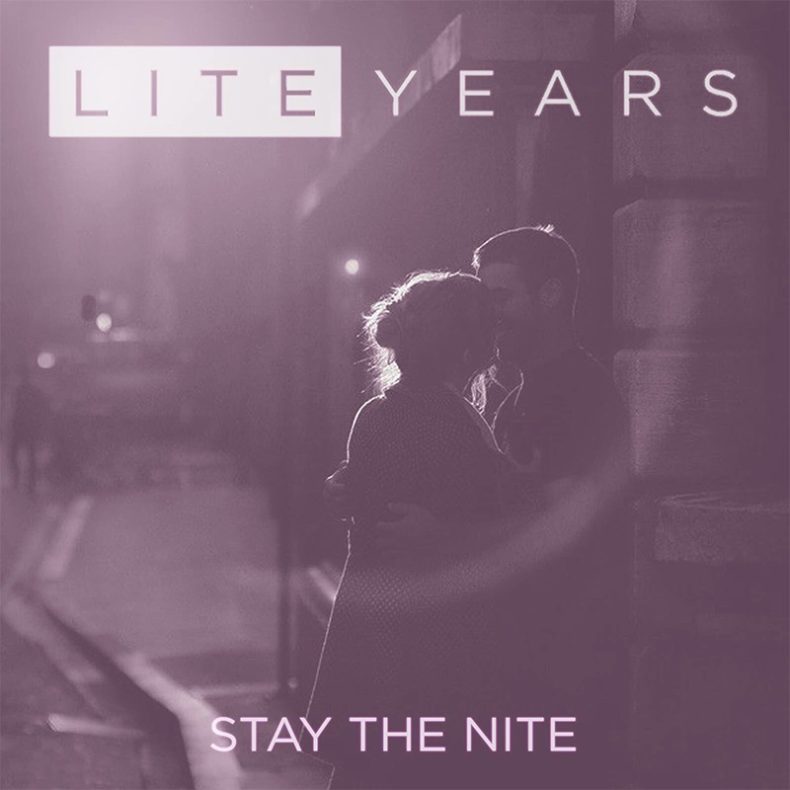 Today is the day that Toronto band Liteyears drops the first of five brand new singles off their upcoming LP, one single per week. “Stay The Nite” is a cozy pop tune, punctuated with dreamy vocal harmonies and catchy piano riffs; a love song that will surely transport you to another place and time, and melt your heart along the way.

The Indie Week semi-finalists will also be appearing on next Wednesday’s episode of CTV’s The Launch at 9 pm, followed by a Q&A session on their Facebook page post-show, at 10:15 pm,  for the next five weeks.

“Stay The Nite” is available here for streaming or for download. Be sure to check in with Liteyears weekly to check out what else they have in store.  😉

Liteyears is a four-piece pop band hailing from Toronto, Ontario and is the latest project from long-time collaborators and brother duo Brent and Brian Wirth (formerly of Thought Beneath Film). After garnering a surplus of accolades with their previous band, which includes winning the $50,000 grand prize of Slaight Music’s coveted “It’s Your Shot” competition, working with industry heavyweights Tom Lord-Alge (Blink 182, P!NK, Weezer) and Bob Ludwig (Daft Punk, Nirvana, Queen) on two records, completing several Canadian and North American tours, and receiving commercial radio play and video rotation on MuchLOUD for three of the band’s singles, the Wirth brothers are embarking on a new sonic path with Liteyears, one that features a more mature, focused, and accessible sound.

“We felt severely stifled by the two guitars, bass and drums formula and realized that we were itching to do something that was light years away from TBF musically,” says frontman Brent Wirth – hence the band’s moniker. While inevitably exposing their rock roots via stark dynamic shifts and explosively anthemic choruses, Liteyears’ sound is a significant departure from their previous work. Built upon a foundation of strong, expansive percussion, the band’s sound meshes programmed electronic loops, ethereal keyboards, and delicately understated guitar counterpoint with traditional, organic instrumentation: namely piano, symphonic strings, and glockenspiel. “Freeing ourselves from working exclusively with a specific set of instruments was the inspirational jolt we needed” says Wirth, “every song was a blank canvas that we could fill with any sonic palette we wanted to.” Ultimately, the band was able to expand on this philosophy with their five-part live video series “The Zoetic Sessions”, which was filmed at the iconic Zoetic Theatre in Hamilton, Ontario and features various large-scale collaborations (ie. the band performing with a 10 piece drum line, 40+ piece orchestra, world percussion ensemble, string quartet, etc.) and alternate musical arrangements for each song from the band’s debut EP. At this time, the band has released the first three installments from the series, which have already accumulated over 250,000 combined views online to date.

The band is comprised of university music graduates, music scene veterans, well-worn touring musicians, and recording engineers/studio owners. This combined experience ultimately dictates the thought, care, and personal standards each band member expects not only from each other, but, most importantly, the music as well. After a year spent in studio hibernation, Liteyears debut EP, American Towns, showcases a band with unrelenting perseverance and the drive to create a record that doesn’t compromise. Joining lead vocalist/pianist Brent and guitarist Brian are bassist Nick Haberer, and drummer Joey Muha, who has notably attained viral fame, a loyal online fanbase of 520,000+ users and over 120 million combined views users via his distinctive drum cover videos.

Liteyears’ debut EP American Towns was released on August 12, 2016 via Slaight Music and features the band’s debut single “Rhythm In The Stars”, which was serviced to Canadian national radio on July 29, 2016 by RPM Promotion and has since received airplay on Sirius XM Radio and Virgin Radio as well as a variety of college/university radio stations. Mixed by JUNO Award winning mixing engineer Vic Florencia (Jason Mraz, Nelly Furtado, Tyler Shaw) and mastered by 11-time Grammy Award winner and industry legend Bob Ludwig, American Towns is a finely tuned machine that has lost none of the human heart and its five songs promise to be the perfect soundtrack to your wild, restless nights and quiet, dreamy mornings after. One can expect to see LITEYEARS on the road this spring as the band embarks on a nationwide tour in support of their debut effort in March 2017.

Trish Melanson lives in the Toronto area with her three boys, Nicholas, Justin, and Eric, her dog Jakkson, and her cats Max and Jagger. She is the former host and producer of Canadian Kickass, a weekly two hour radio show on New Jersey's Chestnut Radio, showcasing Canadian Music. She is also a former Web Content Manager of Indie Soundscapes, an online showcase for Independent Music Artists Worldwide, and was a regular music contributor to The Stroumboulopouli. She is a fervent supporter of the Toronto live music scene. In a past life she was a teacher and Vice Principal in Durham Region. She has many more new and exciting projects waiting in the wings. ;)
RELATED ARTICLES
liteyearsnew musicnew music alert
1.0