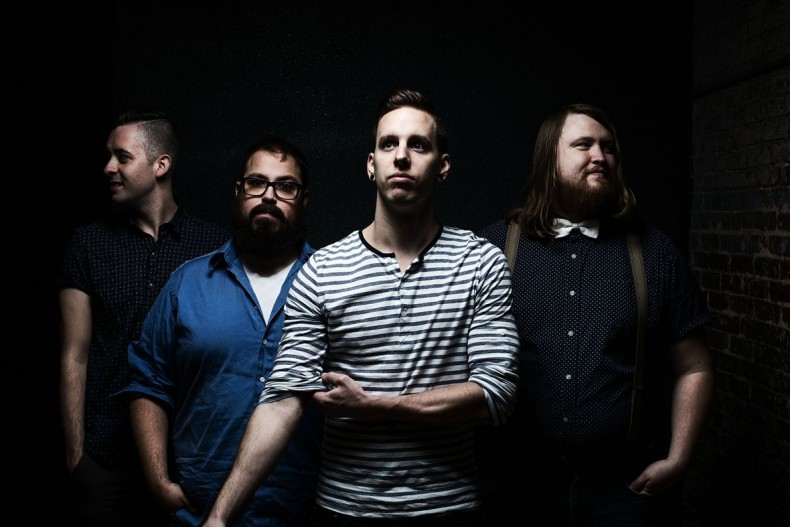 Joplin, MO quartet Me Like Bees has released a playful new lyric video for the single “Changes” off their upcoming EP There Will Be Time. The video was shot by Sam Chenowith and premiered today on Baeble Music.

“The song is pretty fun, so we wanted a fun lyric video to match,” says vocalist Luke Sheafer. “Our buddy Sam just showed up with the idea and a bag full of confetti cannons! We figured, confetti means party…and we like to party!“.

“Changes” was written and recorded with platinum producer John Feldmann, who is known for his work with 5 Seconds of Summer, Panic! at the Disco and of course as the frontman for the legendary punk band Goldfinger.

“I’m really happy with how ‘Changes’ feels and sounds, given that we wrote the song with Feldy and recorded most of it in the same day,” says Sheafer. “It was a blur and the first time I really heard the song in its entirety was when they sent us the first mix. It’s a close second favorite on the EP for me, behind the title track.“

Pre-order There Will Be Time before it’s released on April 8th.

SPILL TRACK OF THE DAY is published daily, showcasing the best in recent independent releases, with a focus on the Toronto Indie Music Scene. We also feature tracks from across Canada and around the World, including Canadian francophone releases. Remember -- you heard them here first. ;)
RELATED ARTICLES
changesme like beesthere will be time