SPILL TRACK OF THE DAY: CROBOT – “PLAGUE OF MAMMOTHS” 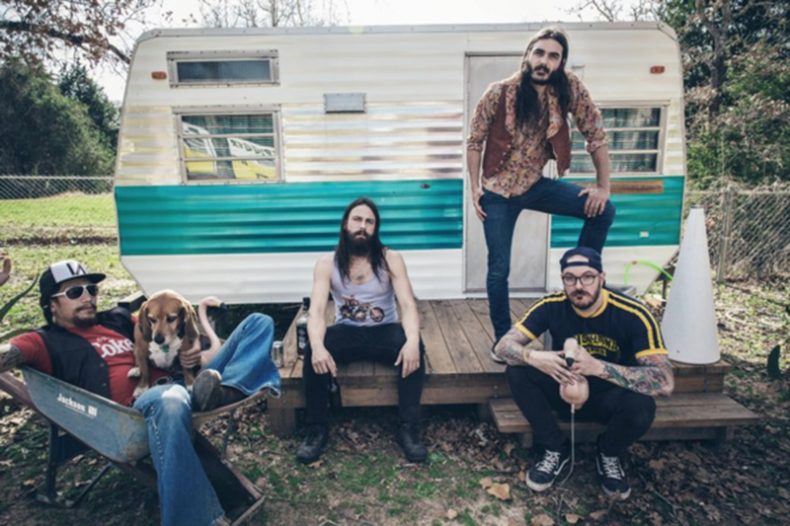 Crobot are pleased to unveil, “Plague of the Mammoths,” the latest offering from their new record, Welcome to Fat City. Band frontman, Brandon Yaegley explains the story behind the brutal track – “”Plague of the Mammoths’ is the story of the extinction of an old way of thought — it’s the end of an era,” he mentioned. “It started as just a title, though, and developed into a storyline of the Crobot universe. Our European tour manager, Jay Smith, mentioned something about a plague of the mammoths. We said, “F— dude! That’s gotta be a new song title!”

Due for release September 23, 2016 via Wind-up Records, the album, Welcome to Fat City is the bands second studio release, and the highly anticipated follow up to Something Supernatural which saw the Pennsylvania based four-piece dominate the US and European live scene, landing them tours with the likes of Motorhead, Volbeat, Anthrax, Clutch, Black Label Society, Chevelle, and more.

Recorded with producer, Machine (Clutch, Lamb of God, Every Time I Die), and mixed by engineer Alan Moulder (Foo Fighters, Nine Inch Nails, Them Crooked Vultures, Led Zeppelin), Welcome To Fat City is due for release September 23 via Wind-up Records. Catch the band on the road later this summer with Sevendust.

^ with Volbeat
*** with Sevendust

SPILL TRACK OF THE DAY is published daily, showcasing the best in recent independent releases, with a focus on the Toronto Indie Music Scene. We also feature tracks from across Canada and around the World, including Canadian francophone releases. Remember -- you heard them here first. ;)
RELATED ARTICLES
totdtrack of the daywind-up records