SPILL TRACK OF THE DAY: THE CAPTAIN’S SON – “WALKING AROUND PURPOSELY” 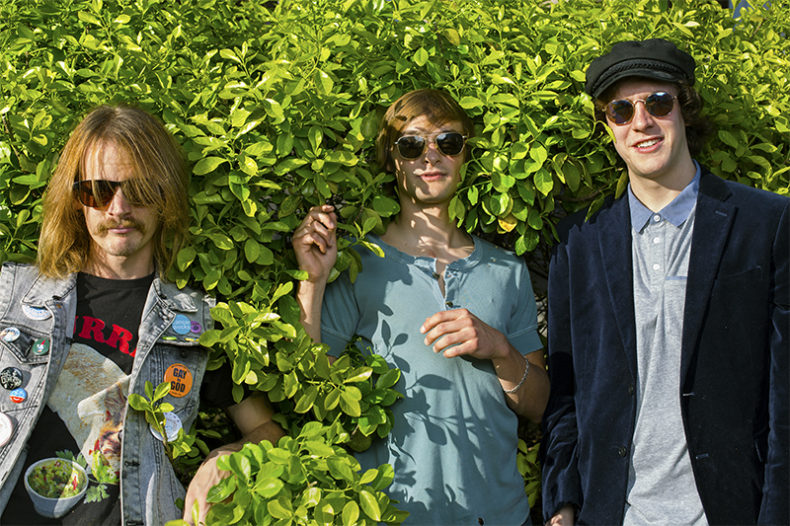 THE CAPTAIN’S SON – “WALKING AROUND PURPOSELY”

The Captain’s Son is Paige Byrd, Jarred Hayden and William Hopkins. Together they have the ability to blend catchy warm guitar melodies, laid-back harmonizing vocals and upbeat drum rhythms, reminiscent of early California surf pop. Hailing from Springfield, Missouri, the band formed after Byrd and Hayden started playing together as teens. Hopkins later joined the band and after realizing they shared the same passion for music, it encouraged them to continue their journey together as The Captain’s Son.

The Captain’s Son’s latest self-titled release found inspiration from self-discovery, growth and the realization of having freedom to create your own path even in a time of chaos. Lead vocalist Byrd describes how the music was influenced by time, place and everyday experiences. He confesses, “anything from the culture, the weather, the scenery, or the people you’re with will influence what we write”. The laid-back and care free approach to the EP was designed to encourage their fans to feel free, “free to do what you want and be who you want, realizing your mistakes and accomplishments, and embracing all of the ups and downs and uncertainties life brings you”. The group explain how the whole process of recording was a fun and loose-hinged pursuit, during a period where they would listen to underground and analog recordings, which ultimately resulted in the desire to capture that exact sound. Byrd explains, “If there wasn’t vinyl on the record player, the radio was on or there was a tape in the tape deck. The warmth of that old analog sound constantly filled the room”.

The leading ‘Walking Around Purposely’ captures the three-piece’s signature sound with jangling guitars, catchy melodies and upbeat, driving drums.   In ‘For Free’ the elements of fuzzed out psych rock are paired perfectly with soul pop harmonies.

The Captain’s Son self titled EP is set for release March 10th.