SPILL TRACK OF THE DAY: BLACKDOG BALLROOM – “DOWN THE SPINNEY” 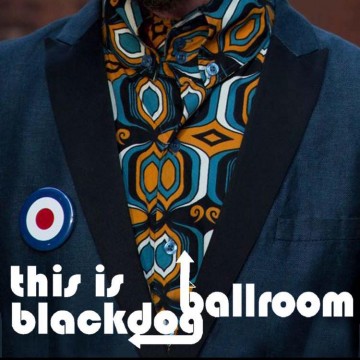 BLACKDOG BALLROOM – “DOWN THE SPINNEY”

“This ain’t no symphony. This is a Rock n’ Roll epiphany This IS Blackdog Ballroom!”

It’s finally here! Blackdog Ballroom have finally released their debut album, and it’s a hot one.  The Mod-fueled band from Richmond Hill, Ontario, have built quite a reputation into the Toronto live music scene.  Finally that energy and superb songwriting talent gets channeled into an album — and here is a small sampling of that just for you.  Today’s Track Of The Day is “Down The Spinney”, their first single.

Blackdog Ballroom is led on vocals and guitar by “The Mike” Stanfield, Mat Power on lead guitar (yes the man can play guitar with it behind his head!), Rob De Simone on drums, and has recently added the multi talented Hayley Carro on bass.  Catch them live if you can, if you can’t — then get the album.  😉

Trish Melanson lives in the Toronto area with her three boys, Nicholas, Justin, and Eric, her dog Jakkson, and her cats Max and Jagger. She is the former host and producer of Canadian Kickass, a weekly two hour radio show on New Jersey's Chestnut Radio, showcasing Canadian Music. She is also a former Web Content Manager of Indie Soundscapes, an online showcase for Independent Music Artists Worldwide, and was a regular music contributor to The Stroumboulopouli. She is a fervent supporter of the Toronto live music scene. In a past life she was a teacher and Vice Principal in Durham Region. She has many more new and exciting projects waiting in the wings. ;)
RELATED ARTICLES
blackdog ballroomdown the spinneyhayley carro
7.0

by Patrick Li on January 29, 2016
Blackdog Ballroom This Is Blackdog Ballroom Independent Some albums don’t translate well into live performance with its complex layered production effects. This isn’t what [...]